He Was Wearing A Bootie Ring

One night at The Cock, I saw this cute couple. At first, I wasn't sure what they were to each other. Something in their energy did make me conclude that they were a couple. A couple that I soon I realized was checking me out.

I didn't instantly show interest, or make my shy self available for approach by them. In fact, the reason why explains why I rarely do either. It's a reason mostly people of a certain color, ethnicity, or age will understand.

You see, I'm well aware that some guys, especially young white males and light Latinos, will try to get the attention of medium to dark people of color, all to reject them when the medium to dark complexioned person makes a move responding to the eye contact. And with gays in couples, some play this game with guys of any color just to see if they as individuals, separate from their partner, "still got it".

So with one of them being a light Latino and the other being a shade or 2 lighter than me, I had my suspicions about their motives. So I did not respond to their stares.

We wound up getting close because we all went in the bathroom. There were a bunch of guys playing around in there. When I walked in, the couple was already playing with someone. Since I wasn't focusing on them, I have no idea as to why, or at what point that playtime stopped. They were about to leave the bathroom, then the lighter one stopped when he saw me. He immediately started making out with me. His partner joined in. I had no idea if one was a top, one was a bottom, or if both were versatile. Something in his energy however made me feel the darker one was a top, and as the playing continued, it even more so solidified that suspicion. I don't know if he was a total top or versatile top. Whatever the case, he was my favorite type of top. For he had no problem with me groping his ass.

This left me to try figuring out the preferred position of his partner. Well, he seemed quite focused on my cock. For while kissing, he slipped his hand down my pants. In return, I slipped my hand down his. As I went down with my strokes on his growing nice-sized cock, I felt a very thin cockring at the base of his shaft. At first, I thought it was the cheap and flimsy 50 Shades of Grey vibrating cockring. That thought made the sex toy consultant in me surface enough to give him an internal side eye wondering why he chose such a cheap, flimsy, and ineffective sex toy. Nevertheless, I still enjoyed playing with his dick. So in tickling around the base of his shaft and touching that thin cockring, I then went to tickle his balls. That's when I discovered that the round bullet and battery compartment I expected to find was not there. Instead, there was a piece leading under his taint (perineum) that was thicker than the cockring. So whatever this guy was wearing, it was not the 50 Shades of Grey cockring. 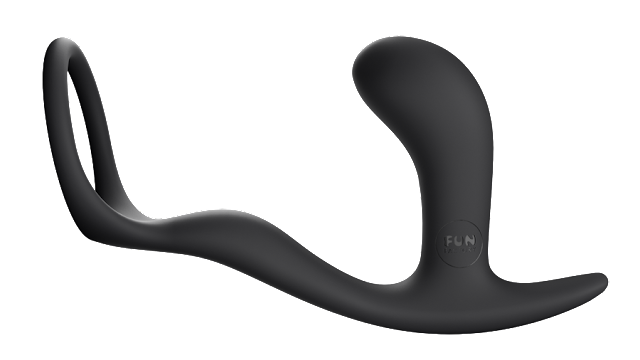 This discovery almost made me bring my job of Customer Assistant at a sex shop interfere with my sex play. For I wanted to lean in and whisper in his ear to ask, "Are you wearing a Bootie Ring?", but to not break up the hot action, I decided against it.

Instead, I took advantage of what I know about a Bootie Ring. Such as how the curved butt-plug's purpose is to stimulate the prostate. So I brought my hand back and started again from right behind his balls, massaged the trail to play with his taint, and when I reached the bottom of the butt-plug, I started rocking it back and forth. That made him start moaning. I'm sure some thought him tooting his ass out while I did this was because I was just fingering his hole with my finger. When the truth is that probably only his partner and myself knew what exactly I was doing to make him start moaning like that. 😉 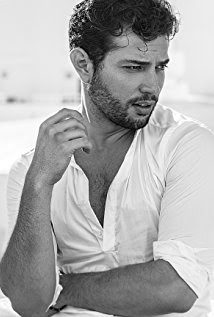 You might best know him from playing on the first 2 seasons of "Empire" as Michael Sanchez, the then-boyfriend of Jamal Lyon (Jussie Smollett's character). So yes, I still have great taste in who I play with.

I have to give that couple props for thinking to do this though. For I have seen many couples come to The Cock, and get into arguments because one member of the couple allowed someone outside the relationship to do something to one of them that was not allowed in their perceived agreement. Well, in this case, this couple took the proper steps to avoid an un-agreed upon fuck to happen.

Being that smart, I would definitely love to meet them again and have a very much agreed upon fuck.
Posted by LeNair Xavier at 1:10 PM