He Called My Asshole A Pussy,... And I Liked it 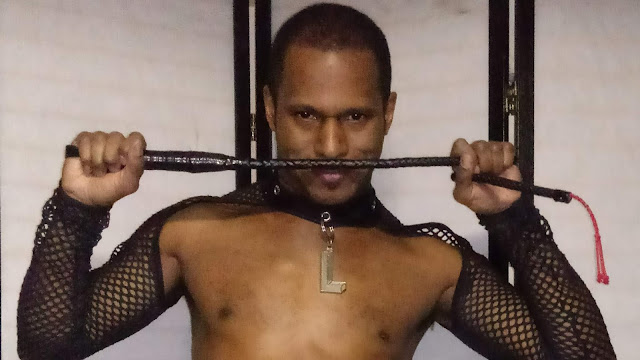 One night I went to Incubus NYC. While I was getting undressed, my peripheral vision caught the frame of a hot naked body. I then got inspired to look more directly at the person. That's when I saw that as he continued walking, a beautiful semi-erect cock swinging, and a profile of a nice ass. An ass that as I watched his back showed itself to be a sweet, juicy bubble butt.

At which point, I could foresee me and him fucking. And even though I was trying not to set myself up for disappointment, I did say to myself, "Damn! I want a piece of that."

And I didn't want him as my bottom. I wanted him as my top.

After I got undressed down to my underwear, I went upstairs. That's where he was. Sitting on a couch with guys crowding him. While they were crowding him, I saw him looking at me. So I wound up in the mix. The guys swarming in seemed to become too much for him, and then he left. I knew I wasn't part of what overwhelmed him, but my suspicions of how they made him feel made me leave as well.

We soon after met up in the backroom of Paddles. We started making out. He then did something to me that I often do to guys when making out with them. He started massaging me. It was making me melt, and I let him know that. So he offered me a full-on massage. 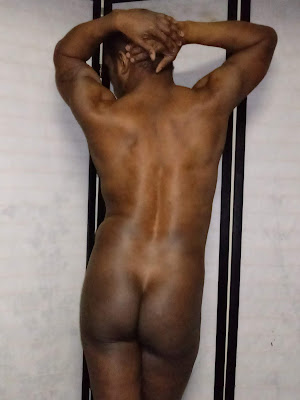 My repeatedly growing cock stayed hard when he decided to continue his massage by getting on top me with his naked body. So now, I had those fit thighs on each side of me. As well as his equally fit calves. And it was heaven on earth feeling his dick and balls rubbing against various parts of my backside. Especially when his massage moves made his dick slip down the crack of my ass.

He was massaging me for so long that for a moment I thought  he was only going to give me a massage. But I was more so hoping that the massage was to relax my body for a nice hard butt-fuck from him.

Then he said something leading to me to an answer...

He said, "I want to fuck your pussy so bad". When he first said it, I felt a little weird because of what I told myself about calling the asshole by any other name but. However, I was also kind of turned on. Because of that being "kind of turned on", I hoped that after I said yes, and he began thrusting into me that he say it to me again. For I wanted to see if my being kind of turned on by my asshole being called a "pussy" was a passing moment, therefore making me need to stop him. Or was it something I could get into.

I got my answer by him putting that cock that I enjoyed the holy hell out of sucking, being hard enough to put in my ass, him slipping a condom on, and thrusting away at my hole. As he thrusted away at me, while I laid on my stomach, and his crotch massaged my also bubbly ass. He asked if I liked him fucking my pussy, and I told him I did. This time, his voice calling my ass a pussy turned me on more than it did the first time.

We soon change positions. Missionary. I was more than pleased by this because I was finally going to be able to massage his bubbly butt, while he massaged my hole with his dick. So good that when he asked if I like him fucking my pussy, I mirrored his words by responding, "Yes. Keep fucking my pussy, Baby!"

Yes. I referred to my own asshole as a pussy. And I didn't care. At first, I thought it was something that happened in the heat of the moment that I would regret in the hindsight that kicks in immediately following the afterglow of sex. Well, to this day, and as I write this. No such regret has hit me. He and I both called my asshole a pussy, and each calling of it as such sparked the word-perv in me, and got me closer to getting off.

Hindsight being 20/20 may not have given me regret, but it did teach me something. It taught me that the annoyance (expressed in a article I wrote 2 1/2 years ago) with guys calling my asshole any other names besides an asshole did not pertain to someone calling it a pussy. My annoyance was more about those idiotic names like "mussy", "bussy", "man-gina", "boy-pussy" were names that were made up as an attempt to gender an asshole --- a body part that is not specific to a gender.

I said in "A Sexually Geeky's Why I Heart Sex", when one refers to a vagina as a "pussy", they are often speaking of it as a female's canal to receive and give pleasure to the sex partner. During anal sex, when done right, the asshole does the same thing. However, I see now that I stayed away from calling one's asshole a pussy out of respect for allowing women to have a name for their unique body part that is a means for sexual pleasure for them. After all, females have had enough taken away from them by cisgendered males for millenniums. Plus, we cisgendered males have a dick, which the head of is actually the equivalent of a female's clitoris. So how would most males feel if women started referring to their clit as a dick? Many males would probably feel like females are trying to claim something that is unique to a male as their own, even if that is not their intention at all.  I see a male calling his asshole a pussy the same way. Hence why if you've followed my writing long enough, you have read me referring to my means for anal pleasure by the term "ass tunnel".

So while I have no regrets about my playmate referring to my asshole as a pussy, me referring to it as such myself, or me getting pleasure from either, out of the respect for women I spoke of in the previous paragraph, I won't be making it a habit of calling my asshole a pussy. I'll enjoy it in that moment, then move on.
Posted by LeNair Xavier at 5:40 PM