A Sexually Geeky's Why I ♥ Sex

One of the ways I describe myself in the pic below is “Sexually geeky”. But what exactly makes me sexually geeky?

I believe it’s my realizing how the simple aforementioned body parts are beautiful, and do amazing things on their own. However, when you combine 2 of these body parts together, the things they can do brought together are not just amazing. They actually become phenomenal.

Perhaps you never thought about it. So let's look at these body parts one by one, and see their initial place and purpose, and what their pleasuring purpose evolves into.

Dick
A dick is amazing on its own. To me, even when flaccid it's beautiful. Perhaps that beauty comes from knowing how when it's flaccid, all it's good for is to pee and fondle. However, all it takes is someone to trigger a male's sexual arousal (perhaps by fondling), and that small, soft appendage suddenly grows multiple times longer and wider, losing that softness. So it's newly formed hardness can point at a target for penetration. 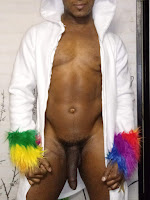 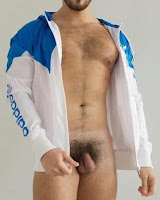 The fascination continues when you think of how the back and forth of penetration, or being ridden by a person (or sex toy) causes a build up of sensations and semen. Making the male orgasm comparable to the eruption of a volcano, but with the sexiness of consent, it's the best volcano to experience.

And whether the sex is for procreation or just an intimate connection to another human being, knowing that the semen, this seemingly harmless milky white substance that springs from a male's penis that initially seems to only be a sign that a male orgasm has transpired, proves itself to be much more when you remember how semen carry sperm, which create life. So it's stimulating to realize that male has (because of you) expelled the very thing that helps to create every human being you see.

So these instances makes a dick show that initially, it's just interesting. However, when it meets its target, its abilities along with that of its target, makes it grow in physical size as well as interest.

And you have to admit that to be true regardless of your sexual orientation. For it’s why many lesbians or predominately lesbian bisexuals have stayed in heterosexual relationships, honestly claiming to be sexually satisfied, despite realizing their homo- or bisexuality.

Ever since you came out of your mother's womb, the mouth has been used as a means to eat, then express yourself by speaking, and held contorting the lips a certain way to convey emotion. At no point thinking that at some point, using it to kiss would make it become part of your activity after you learn about "the birds and the bees". And an even greater shock to learn that as you become more advanced in your sex play that your mouth could become a powerful tool in foreplay with your playmate/lover/spouse. Such a powerful tool that a blowjob (when given right) feels so incredibly good that males of various cultures have for centuries tried to make themselves entitled to it simply because they have a dick.

With that in mind, perhaps this is why so many can be bad at oral sex, or even bad at just kissing. These people have never allowed themselves to evolve in realizing that a mouth is good for more than just speaking, tasting, and eating food. They need to learn you can taste and eat off your sex partner as well. Thereby making the "need" for flavored lubes become obsolete. For you won't need or want anything to change the sexy flavor of your sex partner's skin.
Pussy
What a vagina is called going back and forth depending on its purpose at that the moment is already fascinating. That fascination grows even more once you describe those abilities it has in that particular purpose.

After addressing that fascinating fact, let's talk about what a sweet pussy can do. It was likely thought of as a pussy when the male put his penis in it, stretching to accommodate its entry. Then again a vagina, where it became the canal in a female's body by which a microscopic seed of life expelled from that dick was put in, making it not have to stayed stretched. Then usually 9 months later, it stretches wide enough to introduce to the world that microscopic seed that has over those 9 months formed into a human being. Then it goes back to being soft flesh – becoming a pussy when it welcomes being filled again by a finger, penis or sex toy for pleasure. And when a penis is allowed to enter, the pussy embraces it. Making it become a means to give pleasure to a male, as well as herself. Thereby making the physical and spiritual connection that is sex.

And again, this is what one must admit regardless of orientation. It’s why many gay or predominately gay bisexuals stay in heterosexual relationships. Because like a dick, a pussy can feel so good that you procrastinate in acknowledging your true self. The most common way that you can deny it is if you’ve never tried it.

For my Christian upbringing was saying "Ewwww". Meanwhile, my gayness needing to be released was curious to know how was this possible. How was it possible for a body orifice that I was for almost 2 decades taught was "exit only", and is only entered as a form of rape, is actually entered willingly by some? And not only that. But it is entered willingly because pleasure can be given from that entry?

Now, that I know of that pleasure, while like the typical male, my cock craves penetrating an adult human orifice, but when I bottom,… I’m an insatiable power bottom.

I probably would have never come to these realizations about sex had it not been for me overcoming the sexual repression imposed upon me. Making this another testament to the saying that “every dark cloud has a silver lining”. And part of that silver lining is seeing sex and all of its parts as beautiful. Not ugly. Not shameful. So all of my writings and videos on the matter of sex is to pass those realizations, and joy from them on to you.
Posted by LeNair Xavier at 12:35 PM