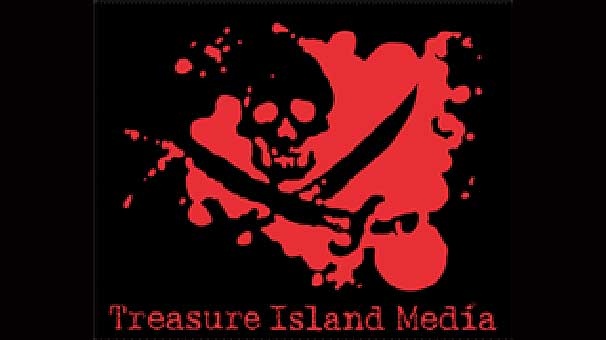 The answer to all of those possibilities is actually a loud and echoing NOOOOOO!!!

I did it partly because due to my firsthand experience in the porn industry, I was feeling I wouldn't be able to further justify my annoyance without trying to get back in it again for a brief moment. Even though standing on the outside looking in as I have been since I announced my retirement in 2009, I see many signs to let me know I made the right decision. But still, I wanted some firsthand confirmation. So as long as I still have a good look, I thought why not go for it. Besides, after all that I have said about the industry and them, the worst they could do is say "No".

Well actually, I filled  out the application on a Friday afternoon (May 11th), and got an email the following Monday morning (May 14th) a little before 9:30 asking me to come in to make an audition video on May 25th. I responded that I was okay with this, and all I needed in response was an exact place and time. A number of days passed with no response. Then after asking again on May 22nd, I finally got a response saying:

First off let me apologize for the delay in getting back to you. I was out of the office for the better part of last week.

I am sorry for any inconvenience and wish you the best of luck going forward.

With that response, instead of me asking you to read through an entire old blog post to let you know the exactness of that past interaction with Treasure Island Media director, Max Sohl, here are the 1st and 2nd paragraphs of the blog post "Seeking The Silver In The TIM Dim Cloud" that explains it exactly:

"At the end of February, I was attempting to make a brief return to porn. The studio was Treasure Island Media where in one email  to describe the shoot said they were "treating it like a paid audition" with a group of 5 or 6 guys who were all versatile and ready, willing and able to flip-fuck --- and it was a total bust. I can't speak for the others, but for me, I could not perform with someone's body odor reeking in the room. Especially when we were instructed to wear deodorant. As far as I knew, this was not supposed to be a bear shoot where stench is looked upon as a badge of honor. Yet instead of the director telling the person with the body odor to either 'hit the showers, or hit the road', we all had to try to endure that stench, which intensified as the heat in a hotel room rose because of NO AIR CONDITIONING.

So with this incident as my and Max Sohl's past interaction, what is the other reason as to why I took a chance and applied to Treasure Island Media?

It's because, first of all, time has passed. Me and Max Sohl both have had 8 1/4 years to look back on that incident, and ask ourselves if our position during that incident should have been different. Now, over my years of blogging, I have owned up to a good number of my missteps in judgement. However, for the reasons I stated in that old blog post, I had no reason to change. In fact, me changing from that position would be me lowering my standards, and going back to being the stereotypical prey of the sex industry. That prey being the disenfranchised, marginalized, broken, unloved, and self-loathing because of being the aforementioned. All of which are easily manipulated by all parts of the sex industry. From prostitution, to porn, and even sex retail. And me allowing that would be me undoing  all the maturing I have done to give me this much more sense.

These statements were clear as day in the comment section of my model application. With that being the case,...

Perhaps Treasure Island Media had that much trust in this casting director, Kyle's judgement. Even so, if you read something from a model application where the applicant admits to saying bad things about the company, common sense should tell you to not give a "yay" or "nay" to the applicant about anything in the casting process until after you have spoken to a higher positioned person. Namely, the higher positioned person those disparaging statements are about. That common sense move was not done here. So my time and professionalism in getting the schedule right was wasted.

If so much as an audition video had happened, I know me returning in front of any studio's camera would raise some eyebrows to those who remember me as "Tre Xavier". It would have been a move that my fans and followers now, which may actually include anti-porn activists, would want to know why.

Could it be because being that I wasn't what he sees as a "draw"?

In addition to my not playing that negative racist role, the fact that I as an adult entertainer have enough self-esteem to lay down such laws for myself very likely also makes them (and most other porn companies) unwilling to deal with me. Especially when they are white and the knowledge and strength of that potential model is wrapped in medium to dark brown skin, like mine. For it shows that I'm not the sex industry's usual target when a predator is in charge. You see, while I may be part of a group that is disenfranchised and marginalized, I do not present myself as being hurt or broken by it. And that makes the stereotypical predatory head of a sex industry business very uneasy.

In closing, if I seem angered by all of this, know that "anger" is not the right word. The correct word is disappointed. Disappointed in the fact that I was once again right about an ill within the adult entertainment industry. You see, as much as most people (including myself) normally want to be right, this is a situation that I would like to for once publicly admit to being wrong. But this outcome shows that day is not today.
Posted by LeNair Xavier at 10:25 AM