I Will NOT Be Mr. Mistress 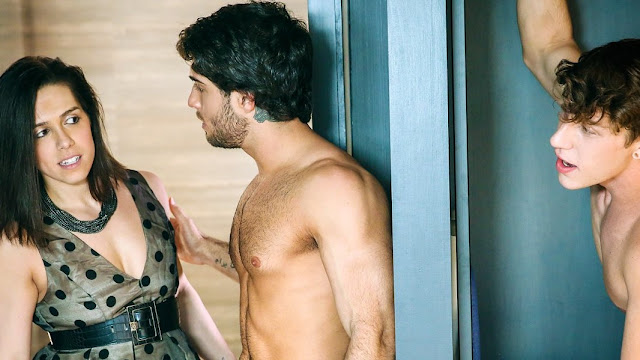 One night I met this hot guy at The Cock. About my height (5'6"), and build, with brown hair. We fooled around. We parted ways at some point during that night. Time passed, and I recently ran into him again at a bar.

His kiss. His intensity of that kiss and holding me. That nice ass I grabbed that made me want to lay on my back and be fucked missionary anywhere, even that concrete floor of the bar. None of it had changed. However, there was something this time around that made me feel I should leave him alone. I just didn't know what.

He did just as he did before. Make out with me, then vanish. Probably playing with whomever, then coming back to me. But even more so this time, whatever that something about me that made me different from other guys he made out with there, enough to come back, it seemed to grow that night. For this time, he said he wanted to fuck me.

Once I considered it, he asked where could we go. Because as it turned out, he didn't want to find a dark corner, or slip into a bathroom, lock the door, and fuck there. So the problem was that neither of us could go back to our homes. Even knowing this, he still wanted to keep making out with me. Using his eyes, lips, mouth, hands, and fingers to get as close as possible to an idea of what it would be like to be inside me, and thrust away at me. His taking breaks from kissing me to look me in the face. His hands pulling up my shirt to feel then kiss my torso and nipples, and sliding down my pants to feel and grope my ass.

As he felt my ass, his eagerness to get that idea of fucking my hole grew. So he feverishly undid my belt to make it easier to put his finger on my asshole. He pulled it out of my pants then I put it in my mouth to wet it. It was my way of letting him inside. I sucked on his finger, licking it like I wanted to do his dick. He then returned his now wet finger into my pants. With my lust and willingness for him to be inside me in any way possible making me relax my asshole, he slid his finger inside me. Moving slowly back and forth, then doing hard in and out thrusts into me. Using his finger to be where he was wishing his dick was instead.

During breaks within this heavy make-out session, we asked questions of each other. I asked him where he was from since I heard an accent. He said he was Irish, but was born in Queens. He asked the same of me, and I told him. I later asked where did he live now. He then answered, "In Queens...with my girlfriend."

I was not prepared for that answer. Nor was I prepared for how that simple question of mine would be the question leading to the answer as to why I was initially telling myself that night to reject his approaching me to fool around. But the only way to know for sure was to ask my next question.

So I asked him, "Does your girlfriend know about this side of you (being some degree gay), and being here?"

He answered, "No". Then made it more certain that I should have backed away when he approached me. For he then added, "You probably like that."

I responded, "Actually,...I don't. I could get off on seeing the 2 of you fuck. But I'm not really cool with her not knowing you like to play with guys."

And it's true. I could get off on watching him fuck his girlfriend. In fact, when he said the word "girlfriend", I was hoping when I asked if she knew about his gayness that he would say she did. That way, I would definitely have considered him a candidate for the bisexual 3-way that I recently mentioned as one for my To-Do list.

After this revelation however, the making out slowly died down. To the point that we had no choice but to part ways. Leaving us only to play with someone else to our liking. And hoping for better results.

What immediately came to my mind when he said that I probably liked him having a girlfriend not knowing about his gay sex was... What the fuck made him think I would want him even though he has an in-the-dark girlfriend? 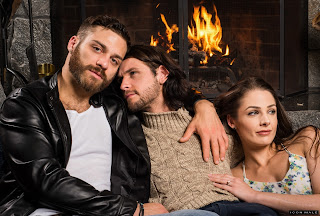 Do you really think this young guy came up with the idea that I'd like being "the guy on the side" all on his own? No. He saw the tool we have all seen over time. Especially now since shit-show studios like IconMale and Men.com (just to name 2) make this idiocy a constant theme.
Repeatedly dodging their responsibility to the minds they are influencing by calling it "fantasy".

Also, mainstream gay magazines and websites greenlighting articles about how a gay can seduce a straight male don't help either. Even if at the end of the article, the editor gives it a negative criticism, such articles are often marketed by their titles baiting you into thinking such behavior is okay, when it's actually not. Far from it.

Yes, he would...by a self-loathing gay who is driven by the reality of "misery loves company". So in hating his gay life, what better way for such a gay person to feel accomplished than by "converting" a straight man to become gay, even for a night.

With all this said, I have never denied how I am very sexual. However, I am even more so:

Self-respecting
I lived a life of denial before. It took me being 30 going on 31 before I came out to myself, and became sexual active. Doing so because I did not want to become like this guy. I no longer wanted to live a life of lying to myself about my orientation. For such a life is actually not a life. Hence why I spent so many years contemplating suicide. And I'll be damned if I'm going to tolerate, or enable such self-denial in someone else.

Intelligent
I learned from the hell I put myself through by trying to live as a totally straight male while I was and still am a predominately gay bisexual. So if I am as smart as I present myself to be, I will not enable anyone to live the same self-destructive lie I was trying to live.

Therefore, even more so;
Aware of Karma
So I am not going to fool around with you knowing that your girlfriend is (as far as you know) living in the dark about your degree of homosexuality. Homosexuality that is at such a fever pitch for you that you need to sneak to gay bars, some with a backroom, to get off on dick-to-male ass sexual interaction because your dick in her pussy is not enough. And she is unaware that her pussy is not enough for you.

OR is she aware? But is so desperate to not be alone (at least in word) that she turns a blind eye to all signs that he's betraying her trust. I said "in word" because his attempted betrayal with another person immediately made her spiritually alone.

Now, even if this guy said that his girlfriend knows about his cruising for males, and she's fine with it, it's highly unlikely that I would have left that bar to be alone with him. For if a guy tells you that he has a girlfriend, and that she's okay with him having sex with males, unless she's there to confirm that statement, that guy could too easily be lying to you. That's why that scenario is best left as a fantasy until you can get the female significant other's blessing.

All I will say in this guy's defense is this:
Many (especially in the gay community) having an issue with bisexuality is why there are guys like this one. For many, myself included have encountered that when you proclaim yourself to be bisexual, the stereotypical gay male with his ignorant hetero-phobia and Straights vs. Gays war going on in his head demands you to pick a side. So the guy might call themselves "straight" because heterosexuality might be the more dominant orientation in his bisexuality, just as I sometimes call myself "gay" because that's the more dominant orientation in my bisexuality. Or it might be that they just haven't thought of a term for their orientation as I have.

Even if they did take the time to come up with a logical term to define their sexual orientation, with so much adversity shown to bisexuals, not many take it upon themselves to do as I did. Letting their proclaiming themselves as bisexual say:

In any case, whether he defines as bisexual or straight, the fact remains that according to him, there is another woman involved. A woman who knows nothing about his gay sexcapades. And the way he was acting with me that night, he seemed like he might be trying to groom me to be his Mr. Mistress.

Well, for all the reasons stated before, that's not going to happen. So for a situation like this, the lyrics of Sir Ari Gold's song Mr. Mistress says everything I want to say to this guy, and guys like him...

Posted by LeNair Xavier at 7:55 PM No comments:

Holding The Balls at Bingo-A-Gogo

It's been awhile, but this should be fun.

On January 10th, I'll be the guest caller at a special Men of Color Bingo-A-Gogo at The Cock.

Well, bring your nasty mind where it will be greatly appreciated. Especially since you'll probably need the release after a hard day's work. So let some good drinks by your bartender Franco and $1 per Bingo card give you a chance to win prizes to enhance your sex life on that night, and a good number beyond. 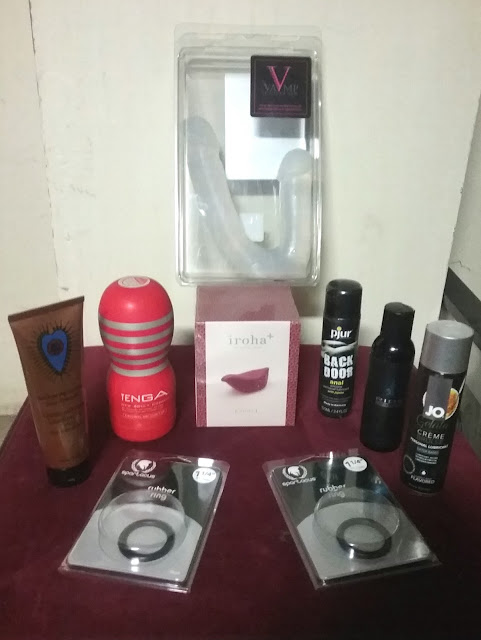 Keep in mind this will be happening on a Wednesday night...HUMP DAY! And you know I'm all about inspiring some healthy & hearty Hump Day humping. 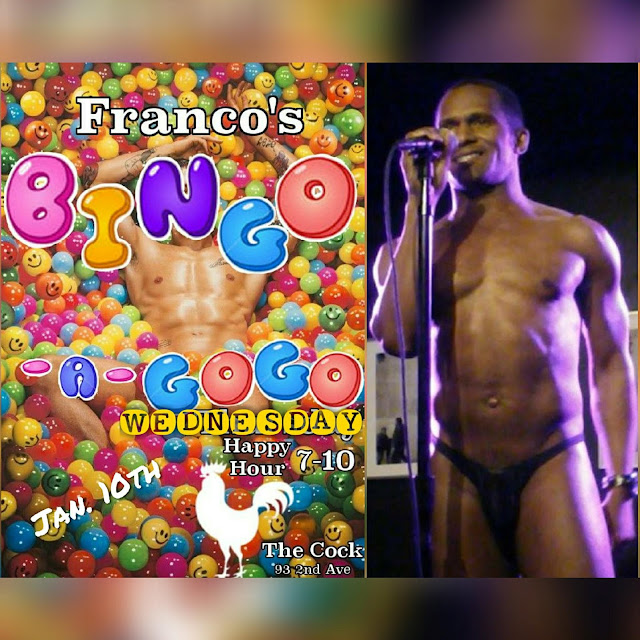 Then maybe you'll stick around for....

Our friends over at @gutsnyc put together a sweet flyer for when they invade the DJ booth for the Jan. 10th edition of #THICCC only at @thecock.nyc It's our monthly get down for guys of color and all the folks who love them. Come thru and hear some great music, drink stiff drinks, and come play with some hot men. My host John John and I will be around yo make sure you have a great time. We'll have some thiccc and sexy GOGO men from all backgrounds shaking asses and swinging dicks all. night long. Save the date Jan 10th at 11! No cover before 11PM/ $5 After Coat and clothes check available. 93 2nd Ave - 2nd Ave between 6th and 5th #verse #bottoms #tops #dirty #gaysex #latenight #poppers #gaymen #gayfollow #nycnightlife #gaycruising
A post shared by Francesco De Marco (@beefyqueer) on Jan 5, 2018 at 11:18am PST

Posted by LeNair Xavier at 12:03 PM No comments: