This past Wednesday, I took part in a contest held at the NYC club, Paddles. It was to crown a winner to be named Mr. Handsome NYC 2017.

If you're any degree a loyal follower of this blog, then you're probably aware that Handsome NYC is the name of a sex party held Wednesday nights at Paddles, and at Rainbow Playground on Sundays. And yes, this contest is from the same host.

A contest that I won.

The reason I kept silent about my participation in the contest is because:
1) I didn't want to jinx my chances, and;
2) unlike contests like Mr. Nude York, in order to win, I wasn't reliant upon fan attendance to counter the white/light favoring and black fetishizing racism in much of NYC's gay nightlife patronage. The Mr. Handsome NYC Contest was chosen by a panel of judges. Some of whom judged the Mr. Paddles contests that I've entered and lost in the past. Losses, like mine to Mr. Paddles 2016 Mickey Carpathio, which I know I deserved. 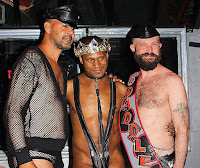 Well this time, I am at last a contest winner. And being a winner in most pageant-like contests, there is a responsibility to be carried out by me. Such is the case with this contest.

For during my reign as Mr. Handsome NYC 2017, I have the responsibility of hosting at least one fundraising party at Paddles.

So yes, this will be my chance to as I have always considered, to host a sex party. In my mind, I am already choosing music to play, and video clips to show during the party. All I need now is a charity or organization to benefit, and then to set a date.

So THANKS to the producer, MC, judges, contestants, and all of my supporters, past, present, and future. 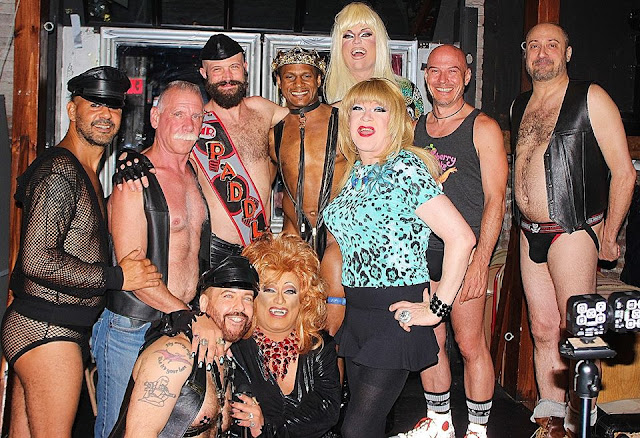 And once I choose this fundraiser's charity and set a date, if you're in NYC, I do hope to see you there. Fucking for a fuckin' good cause!

This story should not come as a surprise. After all, I was at Paddles.

Posted by LeNair Xavier at 1:43 PM