It is a hot button topic as of late. Primarily because of those who practice one are using all sorts of unsavory methods for recruiting that makes them one type of person (that followers of my blogs know) I hate most ---HYPOCRITES.

I have always believed in God. In fact in 1998 I designed my one and only tattoo making the top of the triangle being a cross to symbolize Faith because I knew my belief in God would not die. And while I have parted ways with the idea of practicing a religion, my belief in there being a God and how great his power is has not faded.

What has led me to the point of giving up on religion is primarily my encounters with 3 people. Each of them possessing a great degree of the very thing that I'm sure many of you who have pulled away from religion will agree with...

I am now no stranger to the fact how everyone who has parted ways with religion has one, a few, or many contributing to them putting a nail in a coffin meant for religion. Subconsciously, I'm sure there are many like televangelists, like Billy Graham and even worst Pat Robertson. But the following 3 are the ones who put the main nails in the coffin for me.

1) Mom.
It pains me to have to say it, because if any of you follow me on Facebook, you know that me and my Mom are quite close. However, there is an underlying resentment on my part because of some hypocrisy I experienced that halted my coming out, and led to my near 15 years of contemplating suicide.

To make a long story short, my mother always knew that I was some degree of gay. But because of her Christian religion, she did everything she thought was in her power to stop this from happening. Such as making up a house rule that if I ever came out as gay, I would not be allowed same sex company over, even if I said that same-sex company was just a platonic friend. Meanwhile, religious hypocrisy being what it is, my heterosexual siblings have been able to have their friends over regardless of gender. And this much to my mother's chagrin has laid way for them to commit fornication, which last I checked is a sin in the Bible. Fornicating that may or may not have even led to the conception of one of my nephews.

With such restraints preventing me from being true to myself, it is no wonder as to why and how the first few nails making the bottom of a coffin for religion got put in. Giving religion, as a former co-worker used to say, "...one foot in the grave and the other on a banana peel".

The guy from my poem "You Can Say Never" was an atheist. He also attended a church. How those 2 can come together is something I don't understand.

Now, I have long said that I would never date an atheist. So how did this guy come into the picture? It's because he told me about his going to church first. But that was not the hypocrisy that was a factor leading me to decide for us to part ways.

3) Douglas Sanders & Rivers of Living Water
By this point, the coffin for religion had a completed bottom, but no nails holding the side together. Therefore, it had no top. That all changed however after my dealing with Douglas Sanders. 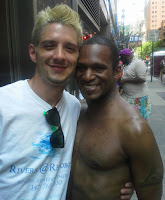 I initially met Douglas through his invitation to a 3-way that he was hosting. Afterwards, neither one of us pursued the other. The association that inspired the following poems and blog posts started after that 3-way that was poppered-fueled on his and his 1st playmate's part:
Poems:
"The Fence of Goodbye"
"Poppered Preacher"
"Don't Disrespect This Fuck"
"Chemicals In Our Night".

Instead of rehashing all of the details here, I'll leave you to look at some or all of those pieces to understand Douglas' major contribution to religion's funeral in my life. Trust me, it won't take much to understand. 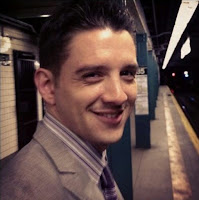 After I spent my time and money paying his way to various outings with me, as well as paying train fare for him to go to his own church, instead of being a man about his hesitation to continue what he started, he showed supreme faggotry by having to be cornered to address the matter. My main annoyance with this hesitation that exposed his religious hypocrisy was his part of his reasoning for it...

He claimed that as a minister-in-training, he had an image to maintain, and my being so sexually open could cause a problem for him. Well, it seems I'm more qualified to be a minister than him. For his "image to maintain" is just that, an image. Especially considering how we initially met by his invitation to a 3-way at his place of residence. AND adding fuel to the fire of hypocrisy is a recent article from The Guardian about how his church, Rivers of Living Water is a church accepting of sex workers and drug users. Now, you know I've been a sex worker, but only experimental with the latter. Meanwhile, with the latter, Douglas was hardcore. And since drug users do so out of escapism, how can a minister lead people to be stronger, when the minister himself shows no shame in their own acts of escapism? The answer is THEY CAN'T. And with such hypocrisy, it should be no surprise that the comments on the article caused so discord that the comments are closed.

Meanwhile with me, what you see is what you get. There's no image involved on my part, and that is what people want in a minister. However, even though I played dumb to sit in on a minister training class from his church to learn just how spiritually corrupt his church is, being a minister was never my goal.

In regards to Rivers of Living Water, I already voiced by issues and their part in my distancing myself from religion in my open letter to them. So just simply click on that link to get those details.

Side note: The church was called Rivers at Rehoboth when I was guest attending. So why the name change since I started writing my posts, I don't know.

Some of the more catty readers of this post are probably saying, "LeNair can't keep a man because (like Taylor Swift) he always writes about them when it's over. So men get scared."

Well, before I go any further with the main idea of this post, my response to that is a 2-parter:
1)If they were the real MEN they initially presented themselves as, instead of being the boys with toys I later discovered them to be, then I wouldn't have to write about them so negatively. So a guy having confidence in his own moral character has nothing to fear. Therefore, he wouldn't give such an excuse to not get involved with me. And;
2)Take note of the fact that you know Douglas Sanders by face and name. Meanwhile, the guy from "You Can Say Never", except for his being White and an atheist, you know nothing about him. So he could be anybody. It's because the guy from "You Can Say Never" was man enough to let us have the conversation that gave us closure. Meanwhile, Douglas Sanders, a so-called "man of god" never manned-up. He put off that conversation until my patience was tested way beyond humane levels. So his name and photos are on blast.

Such behavior on Douglas' part may very well explain why he has claimed that some in his past have just abruptly left his life. Regardless of that, as a writer, I may have to vent, but if you do your part, I will respect you enough to be discreet about your identity.

Anyway, with that said, while both of these guys played a part in my distancing myself from religion, you can't deny how it is beyond a fucking shame when an atheist outdoes a so-called "man of God". Thereby making Douglas a disgrace to his new title of "minister". Douglas never earned that respect. So to all the catty readers, EAT THAT!!!

UPDATE on 5/7: An incident further confirming Douglas Sander's hypocrisy that pushed me to this decision against religion:
Fraud To God: A White Minister Says He's 'Black By Insertion'

All of the aforementioned instances from said parties put me at risk for making me what  I fault many gays for being - one so quick to give up on God altogether once they come out. Thereby making me what I loathe to a heinous degree. The type of person making me need to write this post so I don't become one of them ---a hypocrite.

This post is by no means saying that all religious people are bad. But based on my experiences, and recent headlines of ministers in the vein of Douglas Sanders showing up on Grindr, I do feel an overwhelming number of religious followers are greatly misled. I also feel that they are saddened to a degree by the man-made restrictions they follow passed off to be those of God. Therefore, since misery loves company, they want others to do the same as them. And it says a lot how even when I was living a life trying to follow a religion, my most loyal and supportive friends were not religious. Yet, the religious people in my life were always limiting in support of my exploring unknown territories of life.

It is for this reason that I am done with religion. Am I done for good? I don't know. But if following a religion stays dead to me in my life, as some of you have a list of people who brought you to that point, I have my list as well. So it will take someone less imprisoned by their faith to resurrect religion for me. And whatever the case, my being done with religion does not mean I am done with my love of God. For I doubt that he is done with his love for me. 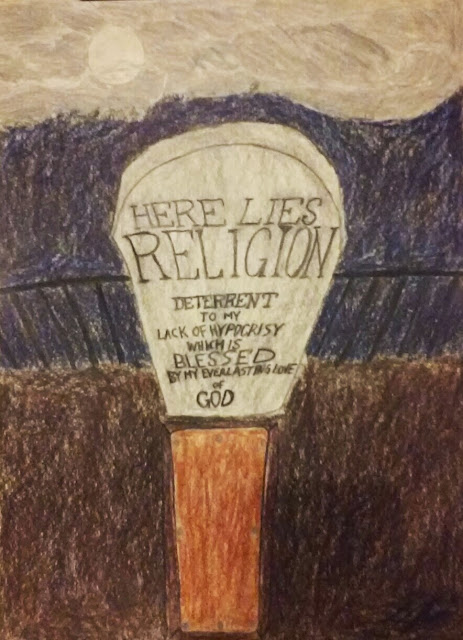