I ♥ Sex with Extremes

It's been quite awhile since I've told a tale about my sexcapades at a Daniel Nardicio party. So this is what happened to me recently at Daniel Nardicio's Horn of Plenty.

I knew before hand that I was going to strip down and walk around in either my underwear or totally naked. It was just a matter of when. It got delayed because a guy came up and started talking to me. He wasn't initially one of my preferred types, but I thought to give him a chance to work his way into being so. That didn't work out so well.

The conversation started out great. His flattery and all of that was working. That is until we're weren't talking for 10 minutes yet, and already he reached down my jeans to feel my ass. In a place like The Cock, that's good timing. Plus, he did ask for consent. Then what's the problem?...He asked while he his hand was already down my jeans, and not before. But for some reason, unlike with past intruders upon my personal space, I was polite. I didn't use my words of truth about his lacking social skills as a means to drill through his skin, flesh, then bone, then turn his heart into string by ripping it out through the hole. Although his actions gave me every right to do so. For this reason, when he decided to go get a drink, while I could have done like most guys, and used him for a free drink to pay for his bad manners, I instead went elsewhere.

And that's when the fun of my night began. 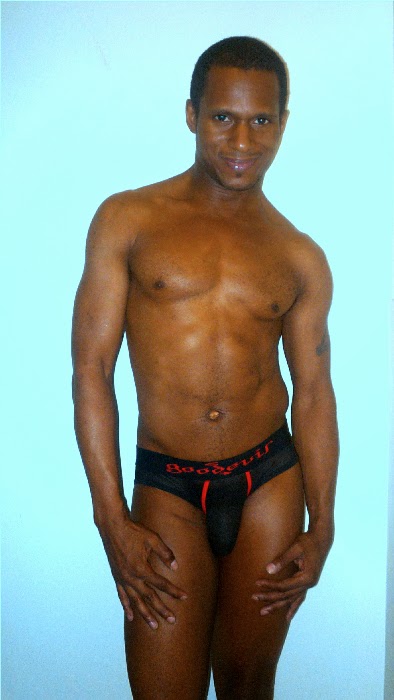 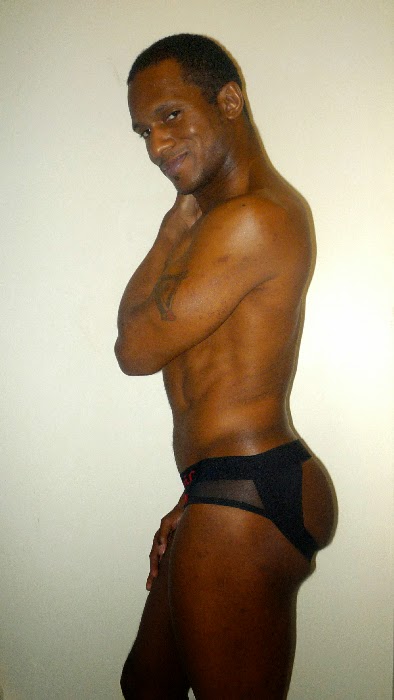 First, I got undressed. Because at a Daniel Nardicio party, I tend to feel way overdressed in any degree of shirt and pants. Even if it was summer time, wearing a tank top and a pair of shorts would be too much for me. So I stripped down to my jockstrap.

I ran into a guy I fooled around with before at the ManMeat NYC parties. At that party, he topped me. And we knew we still wanted each other. So we slipped into a dark corner, and made out. Then he started positioning himself. I saw that ass that I was groping when he was fucking me missionary at that sex party. This time however, he was offering it for me to enter. So I took the obligation and topped him. I would have shot my load if it wasn't for the big White guy who kept touching me even though I was politely moving his hand off of me.

After that playmate left, I met another guy. He was a White guy over 6 feet tall. We kept giving each other quick glances and smiles. After awhile, I realized that he was like me ----shy. So I upped the ante on our conversation. I wasn't sure if it was just conversation, or conversation leading to some kind of sexual play. It became clear once he decided to tell me that he was a bottom. I figured that he might have told me that because with our height difference, a guy my height of 5'6" courting him might most likely want him to be their top. Well, truth be told, I was game for that if he was.

While I was getting sucked, someone was touching me. I looked up to see who was touching me, and it was this good-looking short Latino I noticed earlier. But once I started raising my head, he immediately stopped. And I never had a chance to give him a bad look. And I wouldn't anyway. Because once I saw it was him, I was all for it. So after he stopped, I reached out for him. Once he came over to me, he got behind me, and grinded against my ass while the other guy continued sucking my dick. I reached behind me to feel the Latino's ass. It was nice, juicy, and so smooth. I never said it, but it made me want his dick. Then he pulled back for a moment. I heard the rip of a packet I figured was a condom, then after a pause, he started feeling for my asshole. Once he found it, he put on a spit lube. So it was like he read my mind.

I wasn't sure if getting fucked in the ass would kill my hard-on from the guy sucking me. For in the past, I would lose a hard-on once my ass got penetrated. The only way my dick stayed hard was by taking a male enhancement pill. But even then, there was no way I was going to orgasm. 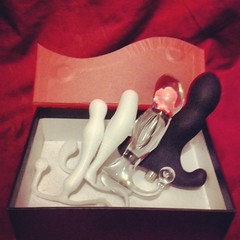 The surface thinking part of me feels sorry for guys like the Asian and the big White guy I mentioned earlier. Meanwhile, the deep-thinker looks at the big picture and gets pissed off to near violence. For I realize that just how I made the choice to be sexually repressed because of my strict Christian upbringing, they made the choice to live a life where they either don't get out much, live a life contrary to their sexual nature, are out of shape so few people want them, follow the rules of some sexual repressive cultures, or what have you. So whatever the case may be, with them being adults, satisfying them for their self-induced shortcomings is not my fuckin' problem!

Even though those interruptions made me have to go home and beat off before going to sleep, my night put a smile on my face. For I had a tall guy on his knees to suck my cock, and a guy shorter than me fucking my ass. 2 things that many initially assume should happen the other way around. I like using my exhibitionism to make people think outside of what they were taught to be "the norm". So the fact this sex education moment was happening for everyone in that bathroom to see....made it more of a turn on. ;-)
Posted by LeNair Xavier at 9:02 AM