This Friday night, I will again be bartending for an opening reception by the Leslie-Lohman Museum of Gay & Lesbian Art. This exhibit is called "Visions of Men", but it's held at the Prince St. Project Space, and NOT the regular museum. The opening reception is May 3rd, and the exhibit runs May 4 - 5. 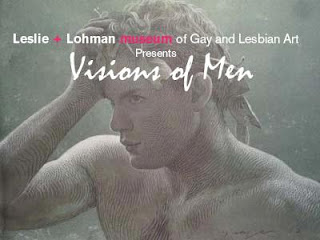 I enjoy attending these events, since I have been drawn by some of the featured artists, such as Anthony Gonzales and Charles Nitzberg. I enjoy being there even more so as a bartender, because by pouring the drinks, I'm in a better position to meet and greet connoisseurs of all of the featured artists' works. 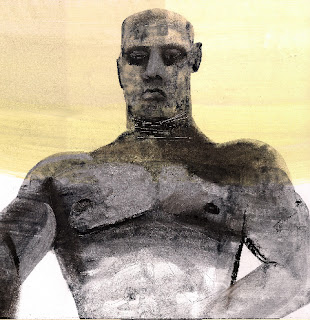 So if you're in NYC, and stop by, feel free to say, "Hi". And as with all service people, tips are appreciated for a job well done, and service with a smile.

Visions of Men
Prince St. Project Space
127 B Prince Street
(between West Broadway and Wooster)
NYC
from 6 - 9 PM
Posted by LeNair Xavier at 9:05 AM 1 comment:


Last Saturday, I was one of the many poets to participate in The Poetry Salon of The Rainbow Book Fair.  I was originally under the impression that our allotted time was 5 minutes. However, the night before the Book Fair, I saw in the email that the allotted time was 4 minutes, so the intro to the poem that was in the video is an impromptu condensed version of the more detailed one I had originally written.

So if time allowed, this would have been the longer, but more importantly detailed version of the intro you would have heard:

Sexual racism, treating one ethnicity as being more worthy of sexual praise over another, is a big problem amongst us. It’s done by the heads of gay media outlets, party promoters, bars & club staff and patrons, at sex parties, but most of all by way of the cyber-veil known as the internet - where people cowardly type their racist crap, turn tail, and run. It’s like many of us are using color as a weapon to make your fellow gay man or woman feel unworthy. The same way hypocritical, Bible-thumpin’ right-wing claimed heterosexuals try to make all of us feel like we’re unworthy of God’s love, getting married, or even being alive.

In any case, as with all my poetry, I hope I was the voice saying what you have been wanting and/or needing to say. Thank you.
Posted by LeNair Xavier at 1:07 PM No comments:

Well, if you've been keeping up, "Ghost In Your Bed" was my last post here. The reason I was considering it though was because it can easily be related to regardless of one's gender or orientation, and Titillating Tongues is open to all in those regards. However, the more I thought about it, I decided to go with the one about male prostitutes, or the sugar-coated word for them, "escorts". The poem is entitled, "No Joy With A Rentboy".

Why did I choose it? For I seem to be the constant gay male in the Titillating Tongues  line-up. So this is my way of giving those not in the gay community some insight into who and what gay males put on sexual pedestals, such as escorts. Now, whether it makes our community look overall dysfunctional, that's not my problem. For the fact that I'm writing about rentboys and not endorsing them shows there's one gay male with a level of respect for sex higher than what gay (especially nightlife) media endorses. So the crowd will learn, if there's one like myself, then there's likely more among us.

Since about the last 3 poems I've posted have been kicking some fool in the ass in one way or another, I've decided to close my time on the stage with something sweeter. A short poem to show my romantic side entitled, "Body Rain". "Body rain" is a simple term I came up with  a few years ago for my lyrics to describe the sweat produced during sex and lovemaking. So I have now dedicated an entire short poem to the term.

As always at Titillating Tongues, it is an open mic event. So not only can you come to hear me in my allotted 6-minutes, but you can also sign up to do your own thing as well. And by going to the links and purchasing tickets in advance, you will guarantee yourself a spot.

Ghost In Your Bed


We have all experienced it.

Guys you dated who show that they were such emotional cripples that  they weren't man enough to love you, so whoever they get is a watered-down version of you. Or guys who you didn't actually date, yet all signs seemed like they could and should lead up to it, but at that pivotal moment, they pulled away. Or guys be they husband, boyfriend, prospective lover, or fuck-buddy, who simply took you for granted. On here, names like Danny and Toby, and most recently on my Tumblr blog, Benjamin Fredrickson, make it more than obvious that I can relate.

And what makes it worst is not only are there more sad details about them that I left out in those posts, but the fact that there are others like them. All of whom deserve my quote from "Write That Down #16".

Whatever the case, after giving your best to them via your time, mind, caring, and body, they will be haunted for not giving you anywhere near that same degree of good in return. For they will fear the wrath of Karma., and that will be your vindication. Knowing that whether consciously or subconsciously, their well-deserved guilt and shame will make your voice echo in their head. Saying to them, "I am the...

Now, if you still think their misbehavior doesn't haunt them,...then explain why the guy from "You Can Say Never" sent me a "Happy Thanksgiving" email when the last time I spoke to him was when I ended things over the summer. 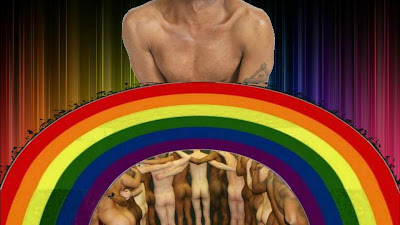 THIS SATURDAY IS THE DAY!


On April 13th I will be debuting my poem,
"Kiss The Rainbow"
at Come Hear!, the Poetry Salon of The Rainbow Book Fair.

What is so important about this poem is the fact that it addresses sexual racism, which is a too much unspoken mental plague in the gay community. Now, to those quick to say, "it's just a preference", take note that the difference between racism and preference is not just one of, but it's the 1st thing I will address in the poem.

So this will be a poem that those who:
1) don't practice sexual racism can be glad to hear it finally addressed. And not with the kid gloves practically all gay magazines and news blogs use dealing with the matter;
2) have lied to themselves about not practicing it, but will come to realize they are. Therefore, they can start the work on themselves to stop it.

And since for every action, there is an equal and opposite reaction, you can be sure that the guilty who are aware of this poem (be they average Joes, magazines, or news blogs) will flee when my time to take to the mic nears. Meanwhile, the unaware guilty parties will sit there and cringe. For my words will be a mirror showing the ugliness of their soul, what that ugliness is making them miss out on, and the future it will bring forth that many of us refuse to see has happened to others right before our very eyes.

At the moment, my planned time to take to the mic is around 3:30 or a little after, but that can change. So keep checking back here to be sure. Of the many things you can do there, I hope to see that you'll come hear this very important message. Thank you. 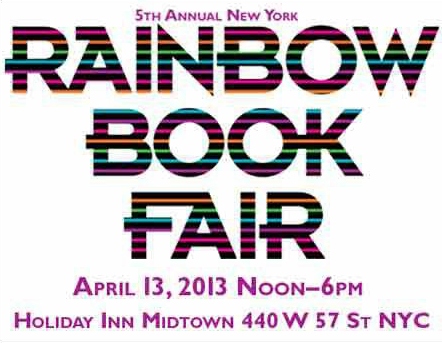 Posted by LeNair Xavier at 7:10 PM No comments: