From Erik Rhodes' Death, I See 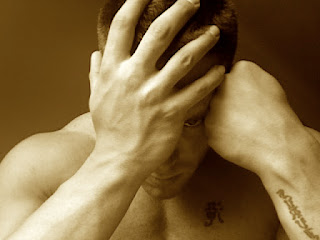 For from Erik Rhodes' death, I see a light....again. It's a light that I have seen repeatedly over the past 2 years since I retired from studio-based porn in September 2009. It is a light always reminding me that I am BLESSED. I am blessed beyond words for how God has allotted me the time to make myself known as more than "Tré Xavier". Fate has allotted me the time to make myself become known as more than a sexually stimulating presence. This time gifted to me has allowed me chances to be on my present steady climb of having my real artistic talents known, instead of coming off as a sex object only knowledgeable in enjoying sex, and miserable afterwards like Erik Rhodes was. I'm not saying that knowledge and misery after was all that Erik Rhodes had to offer. But unfortunately, that is all we have seen.

I met Erik Rhodes only once. A few years ago, before a NY Gay Pride March. It was just a quick introduction, nothing more. Shorter than many fans at a meet-and-greet appearance. So I never got to know him on any personal level, except by his blog posts that I've read about. The sad thing is that be they Facebook comments, tweets on Twitter, or comments on gay porn blogs - all of these internet outlets have an overwhelming majority of their commenters' feelings of "loss" from Erik Rhodes' death stemming from how he was a "beautiful man", or how "gorgeous" he was. The problem is that this makes his outer beauty be what gave him worthiness to exist in so many of their eyes. And that could have very well been what killed him, as he seemed to live a life to maintain that. 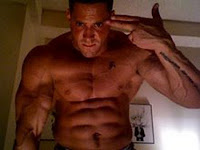 From what I saw of Erik Rhodes, the seeking of empowerment was piled on more than most. First, was by his initial building up of that physique, and then piling on more. Because all guys who hit the gym for bodies like that are seeking a visible sign of strength to hide the strength they are lacking within. And adding steroids, or any supplement like a steroid to the mix, is an even greater indicator. Follow that up with how the gay porn industry seems to suck many dry of their spirits the way it does, Erik Rhodes' chances of surviving his demons were lessened even more.

What is there to mock? 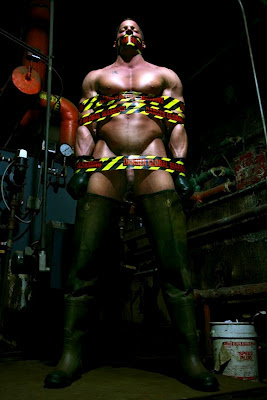 We don't want our legacies to be about how "cute" we were, or how "hot" we looked while fucking. We want to be remembered for being something more meaningful. Something beyond being only sexually and visually stimulating. Maybe introduced visually, but with the end result stimulating you mentally. Thereby making us something greater.

So with him no longer having to live with those troubles, may James Elliott Naughtin truly Rest In Peace.
Posted by LeNair Xavier at 5:05 AM