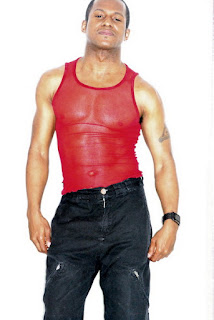 Lately, I've been either promoting, writing, or rehearsing  for some kind of deadline. It is the reason why this blog has not been able to live up to its reputation of tackling the hard topics so many gay media sources aren't man enough to address. So my Facebook and Twitter posts have been the source of my venting. And even though they say that they agree, I have received complaints about how those Facebook and Twitter posts come off as me either "always complaining" or being "angry". Well for those who agree with what I say, yet complain that I complain too much and/or come off angry, there's a question I have for YOU:

While you're agreeing with me, and not only are you saying nothing, but you're also hobnobbing with the culprits I'm speaking of, if I don't say something, then who will? Who will shed light on the wrong doing so that a change comes about. Because as we can see, it certainly won't be YOU, or your "friends".

Now with that said, I THANK ALL OF YOU who appreciate what I do, what I stand for, and support those things by your repeat trips to this blog. I check my blog stats often, and your support does not go unnoticed or unappreciated. And to show my appreciation, let me update you on what's been occupying my time so much. As they all relate to what this blog was created to show an appreciation for ----SEX, LIFE & LOVE.

SEX
The recent post, "Me and Titillating Tongues" told of my upcoming appearance at the erotica salon "Titillating Tongues" presented by The Inspired Word. I am presently rehearsing both the a cappella song I wrote and the burlesque routine I'm choreographing to perform for that night. That night being Tuesday, May 22nd from 7 - 9 PM at the Huon Club which is within the SoHo Playhouse.

All of my other featured appearances have come with a suggested donation at the most, but there is a $10 cover for this event. If you are in NYC, or plan to come here on May 22nd, you can get your tickets HERE. 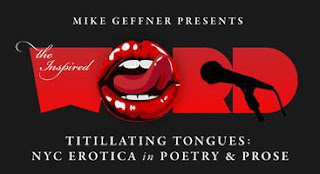 I look forward to seeing and meeting as many of you as possible.

LIFE
On May 20th, the very Sunday before "Titillating Tongues" I will once again be participating in AIDS Walk New York. I don't need to tell you that while great advances have been made since the discovery of HIV/AIDS, the battle for a cure is not over. And since so many of you repeatedly read this blog, I would greatly appreciate you showing your love for it by sponsoring me as I walk.


So please help me get this closer to over by make a donation by going to http://AIDSWalkNewYork2012.kintera.org/lenairx 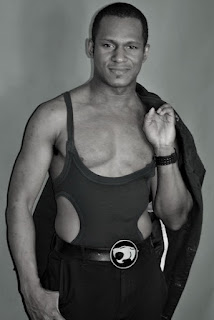 After 10 years out as a predominately gay bisexual, dating, but never having an actual boyfriend, I have decided to look at my love life and put together a list to show why I am single. This will be a video blog posting that will have a transcript available should any legitimate media source be interested in acquiring it.

So now that you know what I've been up to that has been keeping this blog from living up to its reputation, I hope you will continue your support in all that I do as you have thus far. THANKS AGAIN.

Posted by LeNair Xavier at 4:04 PM

Email ThisBlogThis!Share to TwitterShare to FacebookShare to Pinterest
Labels: Come See Me, Note of THANKS, Promotion, Provoked Re-Iterations, Typical American Gay Male - His Own Worst Enemy, Why You're Single