I have always made clear that I don't have as much sex as people perceive me to have. At this point as least, between the specific mentions of a sex tryst via a sex tale here, a Facebook update, or tweet on Twitter, not much else is happening. I had to italicized the word "specific" because a good deal of my mentions of sex in those media settings are not based on a recent experience. Instead, they're based on a mere flashback that I've learned something new from.

With all that said, I think I need to make it clear about MY personal reasons and goals when I partake of a sexual hook-up. And also what I've observed of most other people's reason for partaking in them. So click and enlarge the pic below. You might see yourself. So I ask you:

Does the equation YOU are following make TRUE happiness possible? 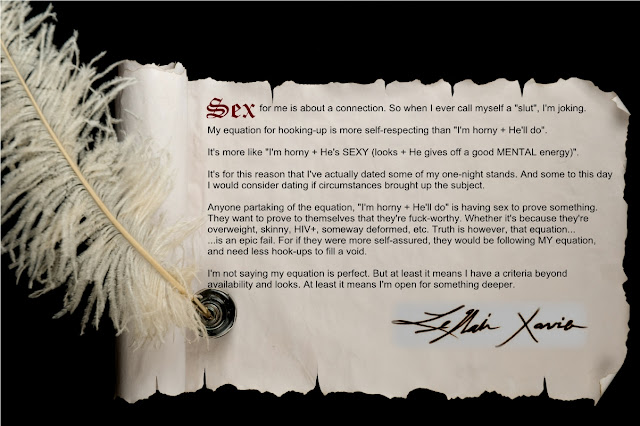 Posted by LeNair Xavier at 1:40 PM