Quite contrary to the title, my birthday is actually March 31st.

Therefore, with this year being 2012, that makes it a decade, 10 years of me being out.
Unlike most gays, I don't count being "out" to be about everybody else knowing. For me, it is about me knowing, and me at long last being at peace with it. No one should feel the need to wear their orientation on their sleeve yammering about it in places where it's not a need-to-discuss topic.

There are times that I'm a tad bothered to have come out as late as I did. And there are others when I couldn't be more happy about my late blooming, which is actually the majority of the time. For one being older, I came into the gay community with a better sense of self. One that will very likely stay with me and grow better and stronger into my old age. I won't be like a lot of the gay community who come out in their teens and early 20's who claim to have a sense of individuality but in all actuality DON'T.

Case in point, my late coming out makes it easier for me to know that when I say I like a certain type of music or particular singer, it is because I SAID SO. I'm not doing like a lot of gays making an icon out of artists (ex: Madonna, Beyonce, Cher, Lady Gaga, etc) because it is the "gay status quo" or "gay rite of passage". For treating these women like their gods don't make us males a damn bit better of a gay man. 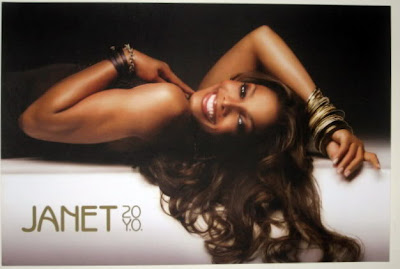 And I say this as a big Janet Jackson fan, but as much as I love Janet, I'm not making a deity out of her. For she's not paying my rent or a single one of my bills.
This may very well explain to some degree why in my 10 years out, all of my attempts at relationships thus far have not worked. Because most of the guys were emotional cripples void of that sense of self because they live their lives following if not the gay status quo, they followed another moronic status quo of some kind. And because of that missing sense of self, they made themselves disposable to me. Call me "cold" for seeing it that way, but I'm not the one crying over a broken heart when all signs said, "Tell the sorry bitch, 'GET THE FUCK OUT!'".

So the "10 Y.O." in the title is for me feeling 10 years old in regards to my feeling alive and with that, experiencing my ever growing knowledge about sex, life, and love. And the feeling alive part of it is what is most important to me. That's why I'm hoping to be a part of the Rainbow Book Fair's Poetry Salon again this year, so I can unveil a poem that I wrote dedicated to the gays young and old who never got to make it to the point where I am. That point of being at peace with whatever degree of homosexuality they knew was in them.

....Maybe I could just celebrate by being in my apartment, alone or with friends. Or hanging out in the city, alone or with friends. Either way, I can't help but be happy no matter what. For after all those years of struggling with my orientation and contemplating suicide, I might not be here at all to be happy.
Happy that I'm alive. For life is good. And keeps getting better with time.
Thank you, God. :-)
Posted by LeNair Xavier at 10:10 AM