As my loyal readers know, I recently applied to be on a reality show. No word yet on whether on not I'm even in the running. But considering the story I have to share, I should be. However, that's not the point of this post.

One thing I've always wondered about on reality shows is the sex that happens between housemates and guests to the house on shows like "Big Brother" and "The Real World". 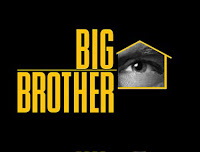 I'm not a viewer of either show, but I have over time come across videos of the sex from international versions of "Big Brother" on porn tube sites. With many of these videos, one common thing I see in an overwhelming majority of them is that they often cocooned themselves with a sheet and/or bedspread while having sex - even when they're in a room alone.
Like in this clip from Big Brother Finland. It's almost 26 minutes long, but you can easily fast forward through it to see what I mean.
What is the purpose of the hiding? With all the accompanying moans, and the up and down motion of the sheets, we all know what's going on under there.

Someone is poking a hole and getting somebody's yum-yumms.


If you're wondering what my whole issue with these guys covering up during sex is, it's this:
My goal with any sex I have is to be unforgettable. So if I was on a reality show and hooked-up with you, it may be the only time I have with you, which as with any one-night stand, would make me more eager to give you the best of my lust-filled sexual prowess without being in a relationship so you won't forget it. And for me, giving you that "best" is to be as natural as possible - by way of things like, not just me hearing you, and you hearing me. But also me seeing you, and you seeing me. Therefore by my standards, me and you going at it cocooned under a sheet in a dark room is not us giving one another that best. And I don't want the cameras to be what makes the experience unforgettable. I want it to be that I was unforgettable.
So with me having sex on a reality show, you would probably end up with videos like this from Big Brother Hungary:

But even more likely, because I like sex with the lights on so I can see all there is to marvel at about my sex partner, my sex on a reality show would be more like this from Big Brother Russia:

And I don't believe my porn past has anything to do with my "No Cover" policy during sex. Nor do I think it's because of my exhibitionist spirit that I would be so free. Truth be told, I've had sex that started out under the covers. But no matter how many tame positions we do during that tryst, we're always out of the covers by the the end. It's simply because like George Michael says in his 1980's hit song "I Want Your Sex", ..."Sex is natural/Sex is fun". And where's the fun in trying to multi-task in holding a sheet over over heads. I do enough multi-tasking in trying to pleasure numerous parts of my sex partner simultaneously. Plus, after all those years of acting like a religious uptight about sex while my nature said otherwise, I've now reached a point of being real about sex where I believe let your actions speak the truth. That truth being...
...we're all adults here. So let's grow up and live with the
FACT ....ADULTS FUCK!!!!
Posted by LeNair Xavier at 3:31 PM