Heading To D.C. For Brunch

Back in late April of 2011, I received an email from Nicholas Townson, one of the co-hosts of an online talk show called 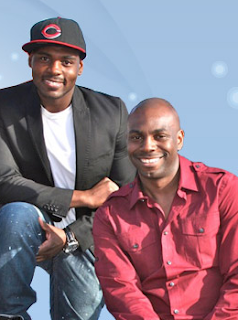 Since that email, things have changed. The show is now based in Washington, D.C., and has been picked up to be produced on DCTV. During the times they were in talks of this possibly happening, I was told that they preferred having me on the TV show rather than the online show. Hence the long worthwhile wait.

So now the time has come. And I am heading to Washington, D.C. this coming Saturday for a day-trip to do the interview with the Guys At Brunch, Nicholas Townson and Shawn Bradley.

As with my live Q & A appearances for MACT/NY, I promise to make this appearance with Guys At Brunch have the honesty of my blog once again coming to life. Because it's very easy to sit behind a keyboard and type some answers and give commentary. I have locked horns with many cowards in and out of the porn industry using the name "Anonymous" or some fake name because of such actions. But when you have the chance to hear someone's voice, look them in the eyes and see the honesty they spew, it changes the game to where it's no longer a game....It is now REAL.

If you watch past shows to check out Guy At Brunch on either their website or YouTube channel, you'll see why I'm so looking forward to my time with them on this trip. And I'll be sure to update you as to when and if you are able to see the finished product.
Posted by LeNair Xavier at 5:05 AM