LeNair....Trying To Be On Reality TV?

Last year, I was sent a tweet by MTV asking me to apply for a "True Life" episode about sex addiction. Finding it unwarranted, I turned it down. 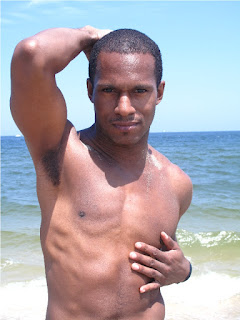 Recently however, to even my own surprise, I threw my name into the hat to be cast in a reality-tv show. I'm not a big fan of reality-tv. With that being the case, I'm sure you're wondering why would I throw my name in hat then? Well, it's because considering what the casting call asked for, I feel I have a lot to offer in giving the producers of gay media and the American gay community a couple of much-needed new perspectives.

The casting call asked for gay guys who were young, sexy, and fabulous. If you didn't attend the open-call, it had a website with a long questionnaire, and it required you to include a YouTube link to, or upload a 5 - 7 minute video telling what makes you sexy and fabulous.

I had already completed and thoroughly answered the online questionnaire, but it was almost 2 weeks before I finally got around to making the required video. My procrastinating was over a combination of nervousness over saying the right words and my dreading the tedious task of editing the video after I record it.


This is the finished product:
The "right words" that I was so nervous about were the ones needed to entice the casting directors and producers to present those new perspectives that I mentioned earlier. Those perspectives are regarding race and age.

In regards to age, the casting said "young", but from the way I seem to sometimes wear out 20-somethings on the dancefloor and in bed, since there was no exact age range specified, I decided to make the "young" in the casting notice mean "young at heart". Besides, while I'm 40 now, look-wise, I can easily blend in with a cast of 20-somethings. After all, that's how I got into porn with most of my scene partners being younger than me anyway. Some almost 15 years younger, but playing in a scene with me as if we were each other's contemporaries. In bringing this point home, I purposely waited until the end of the video the reveal my exact age.

Now, anyone who watches reality-shows knows that drama is a must. And while I'm not a drama queen, there are facets of my personality that can cause drama. Such as my honesty and people's inability to handle that honesty. Trust me, I've dealt with people's inability to handle the truth enough over my (coming up on) 6 years of blogging. So seeing me take people to task to their face would be a sight to see. Which is probably why when I told some friends that I applied to be on a reality-tv show, they were excited without even knowing the slightest bit of the show's premise. 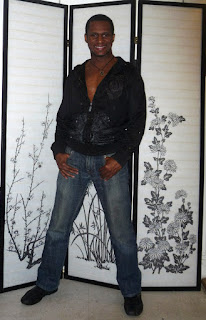 When I sent the YouTube link of the casting video to Victor Hoff of MOC Blog, he asked me if I was at all concerned about being cast as the "token Black guy". Truth be told, my answer to that is, NO. Because I'll take being the "token Black guy" if I know that by being my true self, my presence there can open people's minds about being Black, over 30, intelligent, and extremely well-maintained in the gay community without a gym membership and/or spa treatments. Thereby undoing much of the damage done thus far by so much gay media in regards to ethnicity and age.

So please wish  me the best in being chosen so I can make that much needed mark. Thank you.
Posted by LeNair Xavier at 5:40 AM