As I stated in an earlier post some months ago, I went to the Rainbow Book Fair and met Michael-Christopher, who is the editor-in-chief/co-publisher/art director of Swerv Magazine. We exchanged contact info, which to my surprise led to me being interviewed for the magazine. 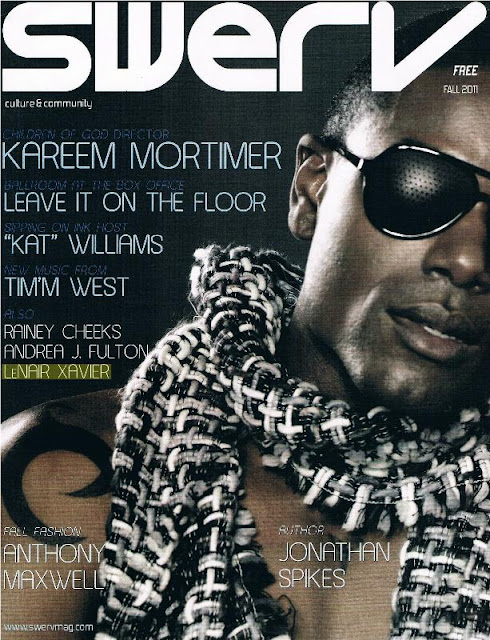 I will admit that as I do with all interviews, my answers were quite thorough. Proof of that can easily be seen by learning that my interview with Australia's Q Magazine as their April "Q Person of the Month" ran 2 pages, while the interview from their March isssue for that section with porn actor Phillippe Delavaux ran only 1 page. Well, I found it to be a great compliment that the interview for Swerv Magazine was originally intended for the Summer Issue, but Michael-Christopher enjoyed the interview so much that he didn't want to trim it just so it would fit into the Summer Issue. So instead, he held it over for the Fall Issue so he could put it in its entirety.

This is my most revealing interview to date. And just as I do on this blog, I had no problem naming names and calling people on their shit. It's been so long since I did the interview, that at points while reading it, I said to myself, "Damn, LeNair! You didn't hold anything back, did you?! If  'so-and-so' reads this, they're going to be pissed."

And my reply to myself, "Like I give a fuck! If 'so-and-so' didn't want to be spoken of in a way that makes him out to be a fuck-face prick, then he shouldn't have done fuck-face prick shit."