With excessive use of text messaging, online chats, and social networking sites like Facebook, Twitter, and BGCLive, loneliness is a worldwide plague. Signs of this emotional epidemic are everywhere. Even in the things that we use to escape it, like nightlife.

The loneliness of sex workers has been repeatedly well-documented, and can't help but be expected. However, the one place in the world of sex workers where it wasn't so obvious was among go-go boys. Until now.

One thing I have noticed in nightlife in recent years is that not many of the go-go boys work by the same rules of etiquette that I worked by. This lacking in etiquette is the reason why I don't tip go-go boys much anymore. Which considering that I've been in their position of having to work the crowd, might be a surprise. And while I have very good reason, I'm sure the only ones who overlook those good reasons and tip anyway are the lonely, who have gotten to the point of desperation for attention that they'll take whatever attention they can get, even if they're not equally (therefore properly) appreciated for being admirers of that go-go boy's fleeting outer beauty. 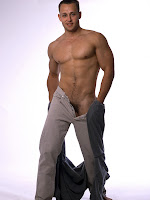 Billy Hart pulled out his hard cock and slapped me with it. 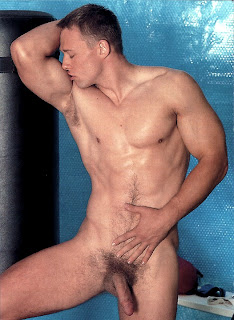 At the time, I knew I was the envy of many. Because others before and after me just got a rub of it through his underwear, while I got to feel the texture of both the bare skin of its shaft and the bare flesh of its head up against my face. Once I started go-go dancing, I would look back on that night and wonder how many guys in that crowd are thinking about me saying, "Why him?", "Why did he get to experience that from him?"

I'm not in Billy Hart's brain, so I don't know. Maybe he was just upping the ante of the show he was putting on and I showed up at the right moment. Or maybe he really did like the vibe I gave off. We'll never know. But the end result is his actions leaving some in the crowd wondering, "Why not me?" And that's a feeling I never wanted to make a patron feel. Because being admired for one's youthful outer-beauty is a blessing, and since youth is fleeting, one respecting their being admired should want all of their admirers then and in the future to be on equal footing as to how their appreciated.

Another incident that helped form my rules of go-go boy etiquette was once I was dancing for Daniel Nardicio some years ago. I was totally naked, and anyone giving a tip could have a suck on my dick. Needless to say, I'm going to want some guys to do it more than others. And one did show up. He was tall, nicely build with curly brown hair. The second I saw him, I fantasized how intense the sex would be with him pounding my ass until my hole was sore, and even with it sore, I would let him to pound it some more. This made it easy for my cock to be rock hard. He then propositioned me by asking me when I was getting off of work. With this being my 1st proposition while on the job, I was stunned. I think I handled it well. We made out them I told myself to snap out of it, because other potential tippers could be watching, might get jealous, and wonder why I wouldn't do the same to them if they should come up and tip. So I eased things up between us while I was on the go-go box. After all, I'm on the clock. Nothing came of his proposition, as he had left before I was done. But at least as horny as I always am, I didn't let a bunch of tips get away, all for one night of a good lay. This is an adult prioritizing.

With instance likes this and others in mind, I came up with these rules of go-go boy etiquette with each rule leading to the next following rule. They are:
1) DO NOT make your attraction to a patron obvious to the crowd. Of course, go-go boys are human beings, and they're going to have attraction to a cute someone, but you should not make that attraction known to the crowd. After all, your job is to be eye candy for all to be pleasured by seeing. And making that attraction to that one particular person known can and should result in lesser tips. Because unless a patron has a history known by you personally of going too far, your job is to make every patron feel just as special as the next. So if you initiate a welcome by voice and/or body to one, then you must initiate that same welcome by voice and/or body to all patrons at the same level. Don't kneel down to take money from one patron then leave him, while you take money from another and include initiating an introduction and conversation with another. Or let one patron give you a blowjob in front of the crowd for $1, while you just take the money of a patron who obviously wants the same and is willing to pay the same price or more for it. Save your "I'm not into old guys, fat guys, Blacks, Whites, Asian, Latinos, Indians, etc" rhetoric for your personal life. It does not belong on the go-go box or bar you're dancing on. However;
2) the only time it is acceptable for a go-go boy to make his attraction obvious is when the patron initiates an invitation to take you steps beyond being eye candy.  Not you, as the go-go boy. As I said before, a go-go boy is hired to be "eye candy", and sometimes a patron wants more than the "eye candy". In such a case, you are free to reciprocate. However;
3) be mindful of where you are and how far you go with your reciprocating. DO NOT make out heavily with that patron or give your phone number in front of the crowd. You find a time and place during the course of the night where you are not on such wide display. For once again, this could rightfully lead to lesser tips. As there are patrons who are watching you before and after they approach you who want you just as much as the patron you reciprocated the attraction of. So take their feelings into consideration, and don't flaunt your attraction to this one in the crowd's face.

What gets me about so many go-go boys is the same thing that bugs me about many people in this world. They are not looking at the big picture. I mean, most likely one becomes a go-go boy to make extra needed money. So is that attraction to ONE particular patron, which is most likely to result in a one-night stand (and nothing more), worth loosing tips to help you get to your financial goal?

Sex is fun. Sex is good. But it's not worth loosing funds towards your decent goals. If you're willing to break these rules of etiquette acting so unsavory, then it is only safe to assume that you actually want the money to fund something unsavory ---like a drug habit. Think about it.
Posted by LeNair Xavier at 2:05 PM

Email ThisBlogThis!Share to TwitterShare to FacebookShare to Pinterest
Labels: Gotta Kick Myself, On Racist Blast, Provoked Re-Iterations, The Cock, Typical American Gay Male - His Own Worst Enemy, Word Of Advice