The person I was involved with suggested that I write a post telling of this incident. Now, with racism being a possible motive as to why the half-Hispanic friend was not let into this bar, you would think I would be all over this story. But while I'm telling this much of the story, what is absent is my detail-orientated style of blogging by using names, photographs, and links. With my style of blogging, this story could put me on the map of the blogsphere more than I already am. So why am I refraining from doing this story in such a fashion when I have all the tools? It's because of something I heard Judge Judy once say...

The problem is that while this bar might have been practicing racism, the person I was involved with is the same person who was the "escape artist drinker" to inspire my recent post, "Socializers & Escape...Um, Artists", and he and his friends had already been drinking elsewhere when they arrived with him admitting to me that he had been a little intoxicated. So along with his getting in that bouncer's face yelling "Ha!", I have firsthand knowledge of his belligerence after drinking. For me and him have had verbal battles over the phone because of him giving me bitchy attitudes for no good reason. And God only knows what situations have transpired in his past because of his belligerence after drinking that he knows he can't honestly tell me he's in the right about. Regardless, there's a history that I know of personally that I can't in good faith support his story.

His bitchy attitudes after drinking always result in him needing to apologize to me after, hence the price of Regret I spoke of in "Socializers & Escape...Um, Artists". Now, one part of my Christian upbringing that I still try to maintain is forgiveness. And God forgives us repeatedly. And I try to do the same. But the fact is am not God. I am a human, and that gives me a limit to what I can and should tolerate. And with that limit, I can't keep putting myself in the scenario to forgive someone when they are repeatedly apologizing for the same crime in such a short span of time. And in this guy's case, it was him repeatedly apologizing for some verbally abusive outburst after some level of drinking.

In any case, because of the drinking he did that night and his drinking with a side order of apologies that he kept serving me, the guy I was involved with did not have the "clean hands" Judge Judy spoke of. Far from it.  His hands wreak of alcohol, and not the good cleaning kind you find in hand sanitizer. Therefore as a writer, representing his side of the story would be me putting my blog's reputation for truth on the line. And the same would hold true for an attorney agreeing to represent him in any court case that could have been conjured up because of that incident. 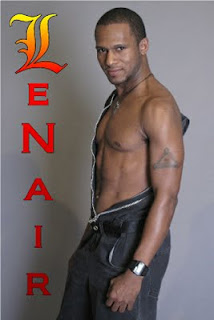 There is a reason I have never been sued. Especially when I write a post and either email or tweet the person I am speaking of in the post. It's because the truth I present is undeniable. So it should be no surprise that with using the word "alleges" as many times as I did in that 1st paragraph and this guy's history of belligerence after drinking that I would chance this blog's reputation for telling the truth by telling of that incident in any greater detail.

So with my blog's reputation for truth tested....I do believe that I have PASSED with flying colors.
Posted by LeNair Xavier at 10:01 AM