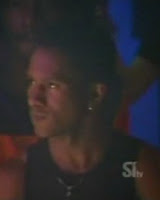 One of those TV shows was the 90's Fox TV show "New York Undercover". My fate at realizing my degree of gay was probably written all over that extra gig. You see, I had worked as an extra on "New York Undercover" about 5 -9 times before finally getting a close-up in the episode "Blonds Have More Fun", an episode in which the show's heroes go undercover as drag queens in order to solve the murder of a drag queen. Now, I've never done drag, but the drag scene is more of a part of gay society. So I'm sure now you can see how even though I didn't face my orientation until 2002, Fate was trying to tell me something about myself even all the way back in 1994, which is when this episode was filmed and aired.
I can recall one funny moment of that day. Like on most sets, the actors have to wait around for the crew to get everything and everyone properly placed before shooting can begin. On that day, the set was (to no surprise because of the storyline) FULL of drag queens. During the wait however, most of those drag queens showed themselves to be on, but maintaining a degree of decorum where they weren't too loud to be considered obnoxious. That all changed when we all heard this one flamboyant sounding  male voice come in saying, "Heyyyyyy! How y'all doin'! Heyyyy!"
I looked around thinking, "Who in the hell is this loud ass drag queen?!"
Once I saw the face, I found myself on the verge of balling over laughing. Because it wasn't a drag queen necessarily. It was one of the stars of the show, Malik Yoba in drag along with his co-star Michael De Lorenzo also in drag. 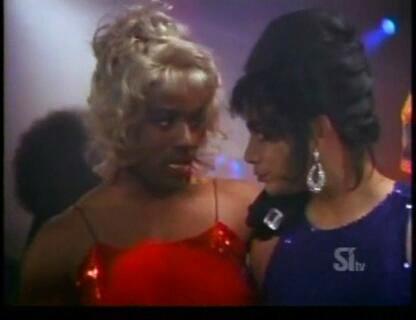 And from the looks of Malik in drag, you can see why I was ready to howl with laughter. Although, I'm actually surprised once I saw him, that I didn't scream in horror. 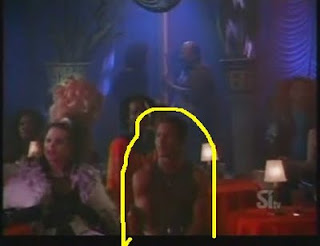 The moral of this story is that sometimes when you're in some form of limbo, and unsure of where we're going, you may find yourself being what you think at the moment is just you as "a face in the crowd". But later on down the line, you'll be able to look back on that "face in the crowd" moment and say, "Well I'll be damned. Fate knew."
Posted by LeNair Xavier at 3:35 PM