When Beyoncé Is Talking To You

I admit that I'm not a big Beyoncé fan. Well, not to the point that I am for Janet Jackson, or still am for Michael even though he's now another music legend that has passed on, but she's getting there. It's because I'm at a point of mature thinking where the artists who get my fan-loyalty are legends and legends-in-the-making - not record company-manufactured flashes in the pan. 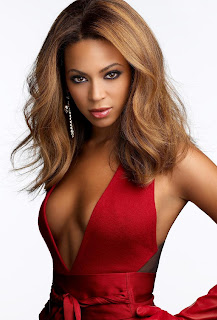 The reason I've been so silent about my being a fan of Beyoncé among others is because as a male member of the LGBT community, I need to practice my individuality, because most gay males do not on so many things from the ethnicity of guys they like to the music that they are a fan of. Case in point, why are so many gay males in bar and clubs getting excited over Beyoncé's "Run The World (Girls)"? Good dance beat, but what I've seen are most gays acting as if Beyoncé is talking to them It's a song meant to empower WOMEN, therefore unless gay males' dick and 2 balls have suddenly evaporated and been replaced with a vagina, they need to sit down and shut the fuck up, and stop chanting like it's their anthem. Because this is a time when Beyoncé is not talking to you.

Now in the case of songs like "Irreplaceable", or her latest YouTube audio upload making the rounds, "Best Thing I Never Had", Beyoncé just might be speaking to you. I know these songs speak to me. For most guys I've parted ways with as lovers and/or friends have been dumb enough to think that they're "irreplaceable". And the song "Best Thing I Never Had" makes me look back on all of those guys. All of those guys who were:

such massive fuck-ups that they got written about in blog posts;
such a repeat performance of past massive fuck-ups that I haven't bothered writing about them;
so empty and stupid to not view sex as the connection of souls as I do;
so cowardly to use sex with others as an escapism tool, instead of manning-up and dealing with your pain alone;
so superficial that they allowed my honest, but non-extravagant living not be good enough for them;
or so empty inside that they took my kindness for granted, be our involvement as friends, lovers, or even friends with benefits.

People wonder why I've never had a relationship beyond a month. It's because my heart is open enough to allow these guys to get some degree in the door of my life. However, when they "showed their ass", I was able to "dodge a bullet" by foreseeing a future with them bringing me to their level of having the fucked-up point of view that would make my life as sad as theirs. And since "what goes around comes back around", if they haven't already, they will get to the point of regretting letting the great soul that is mine get away.

And since this great soul of mine is not only intact, but has flourished since their dismissal, they are the best thing I never had.
Posted by LeNair Xavier at 11:42 AM