Taken In By Seduction 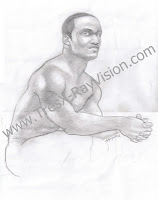 Speaking of position in the Erotic Drawing Studio, at this opening reception, that was one of the beautiful things about coming face to face with Rob Clarke and Chuck Nitzberg. I was able to recall from their drawings where in the studio they were sitting. Another beautiful thing about meeting them as well was finally being able to put a face on the person who (1)created those sketches that were done of me, and (2) showed their individual artistic talents and styles in doing those sketches. And I'm bestowing these compliments to them in return to theirs last night as to how one of the things that made me a good model was the fact that I was able to stand still, which is no easy task, and according to them has not always been the case with some models. 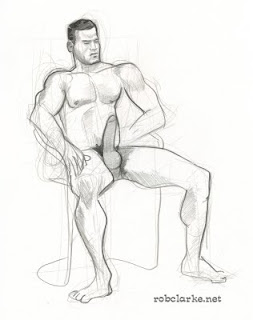 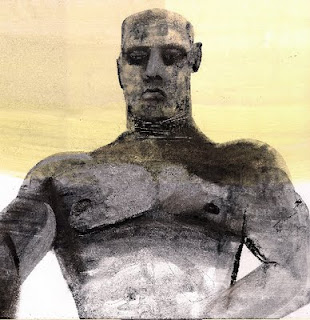 None of these were featured there, of course. But this should be a small indicator of the range of talent in sketches, paintings, and photos you're missing out on if you're in New York City and don't go see this exhibit for yourself. For other artists whose works that I know of that are on display include Robert W. Richards, photographers Michael Alago and Kim Hanson. Now, you can add others like Bill Donovan as a favorite for his collection of penis paintings that used various types of colors and paints. 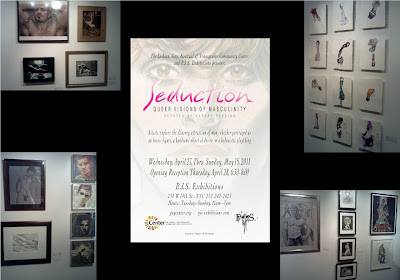