Recently, this latest "Write That Down" quote has been going through my mind quite a bit. But the final straw to push me to say it now was when I saw a scene featuring a subject from my past posts, Ty (or "Tyron" as he is listed in the movie I saw) from "Sweet Reunions Over Milk Chocolate, Pt. 2". After reading that post, knowing that I had retired from the industry, Ty still asked if I would do a scene with him. While I told Ty that I would come out of retirement to do the scene, and Ty said he told the studio, the studio never contacted me. 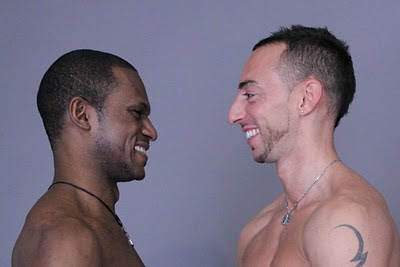 With our many times of having sex being born of that undeniable attraction, it goes without saying that if I see him in a scene with someone else, I know what to look for in his eyes that can tell me if his attraction is real. And in the scene that I saw, the glimmer that was in his eyes with me...was nowhere to be seen. I find this troublesome because if I see someone that I've had sex with in a scene, I would like to masturbate to the memories of that glimmer and passion when we were together. And with that glimmer in his eyes missing, I felt like I was watching what I never, ever wanted to see of him---Ty on an escorting job.

I'm different. For similar to what I said earlier, I am a human being, not a dog living to please his owner. Hence mine and Tyson Cane eventual butting of the heads.

I am well aware that 2 wrongs don't make a right. And I've tried my best to get this corrected by addressing those and other matters on this blog over time. However, all I have seen are these much needed changes move way slower than molasses...


...So I have been pushed to advocate doing this 1 wrong to combat those and many more wrongs done by YOU.

With all this in mind, my latest "Write That Down" quote reads: