For those of you who are faithful readers, you are well aware of how in the past, I've cited Next Magazine for either that same lack of or narrow-minded minority representation. So with that in mind, while this was Dustin's interview, the good interviewer that I know I am becoming had his own interview question in mind....

....Of all names, how did my name get considered a possible interviewee?

Dustin told me that he pitched the idea of this feature to his boss at Next, and when he asked his boss if he knew anyone that he could interview for the piece, my name came up. His boss told him that on my blog, there are no holds barred. I was a bit surprised to hear that, and at the same time, very glad. I was glad because that tells me that all my alarms that I thought were not being taken notice of, actually made me a name that they're becoming aware of.

When planning on how to conduct the interview, when I offered the choices of IM chat, email, phone, or (since we both live in NYC) in-person, I was so happy when Dustin said that he didn't want to do an email interview. What I hate about email interviews is that the longer the interviewee takes to return the answers to the interviewer's questions, the less you can trust those answers to be sincere. In fact, it becomes more likely that those answers were written by someone with a better sense of diplomacy and more articulate---and not the intended interviewee. Hence why in all of my email interviews, I've made sure to return my answers in a more than timely fashion. So this was a big deal for me, because this interview "popped my cherry" by being my 1st face-to-face interview.

From the start of our sit-down at the Starbucks on 23rd & 7th, Dustin impressed me. You see, when Dustin sends an email, where it says "Sender", Dustin is spelled "dustin", with a lower-case D. And just as I was sitting down, Dustin told me, "Just to let you know, I may type my name in lower-case letters, but I don't have any self-esteem issues."

I immediately started laughing, because I knew he was referring to a Formspring question of mine back in October. This told me that he did his research. Enough research that he was not going to give me boring ass run of the mill questions. And if an interviewer is any good, then he/she knows that my writing deserves better than run of the mill questions. Therefore, an interviewer has to be at the top of their game, or else they're going to bore me, and I will have no problem expressing my boredom. So I could see by that initial statement from Dustin, of how this was going to be an interesting interview. 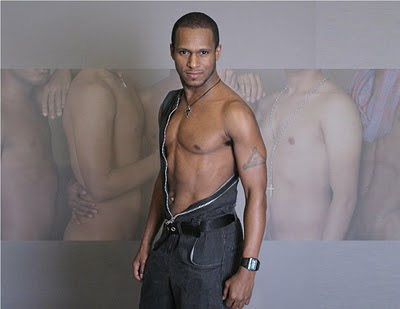 One thing I was asked early on was if I dated outside my race, and I replied that I did. In hindsight, I realized that at one point later during the interview that my answer could easily imply that I still live with the self-hatred that contributed to the lack of attraction to other Black men that I used to have. The truth is that self-hatred was influenced by the scarcity of decent Black role models, and the turncoat change in the racial climate of NYC's gay community could have made that self-hatred resurface. However, much to my delight, the self-hatred did not resurface, and I am obviously over that lack of attraction to other Black males considering the intense attraction I had to the Black guy at the sex party I recently mentioned in "Party Sex In Rainbows". 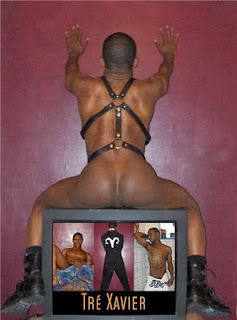 Besides that, Dustin's thorough research had us touching on a great many subjects that I have addressed on this blog over time. Such as the method some studios use as a way to claim that they hire ethnic models. One studio in particular got mentioned, but my regret is that I didn't name more studios and actors who perpetrate that fraud. We also discussed posts in which I suggest boycotting events like The Black Party and Hustlaball because of their lack of and/or narrow-minded minority representation . 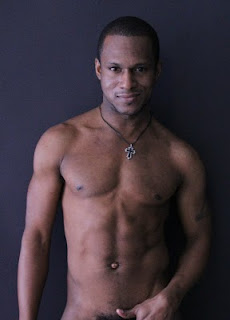 This all made me was glad for the opportunity to say them aloud to someone in the media instead of simply relying on letting my blog do the talking leaving me unsure of who in the media is listening, therefore can spread the word. Although, that still may be the case, because after all, this interview was not for a feature on LeNair "Tré" Xavier. This interview was for a feature that required other interview subjects. So while I know a great deal of what I said in the interview is long overdue in being said and made more public, and many of you will be glad to read that I said it, there's no guarantee that my most poignant points will make the final edit.

But we will all have to wait to see when the issue comes out in a March issue of Next Magazine. And even if you don't see it in Next Magazine, you know that you can continue coming here.

See also "Reply To White Cocks Only"
Posted by LeNair Xavier at 8:05 AM