I was hoping that Diesel Washington showing up to my poetry reading would have opened his eyes to a few things. But it was quite obvious that he is so full of self-loathing masked as anger towards me, Chase Coxxx, other Black performers and bloggers and racially-sensitive non-Blacks. 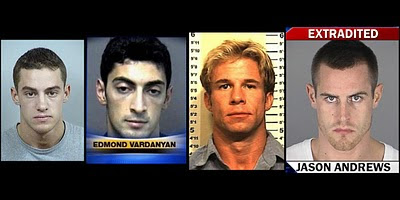 
Now, with the ground work laid out. What exactly did he say at my poetry reading to cause such misled venom from him that I refuse to read on his blog?

You can easily find out HERE.
Posted by LeNair Xavier at 12:05 AM