During a recent Twitter exchange with Diesel Washington, I invited him to my poetry reading. He tweeted that he probably would come so he can "put me in my place".

That night, while I was reading, I saw someone walking hunched over down the stairs of the room looking like Quasimodo from "The Hunchback of Notre Dame". I was focused on my work at the moment, and even though I'm great at multi-tasking, I didn't focus on who exactly this person was. Then once done reading, I looked out at the crowd for the Q & A sessions I promised in between each poem. By that time, this person was facing forward, and I realized it was him...Diesel Washington.

He took so long to show up that I thought he wasn't going to. It turns out, my friends and some other guests informed me that he was there for quite awhile before coming in. He was pacing outside the hallway of the room, and peeking in occasionally. Like I said, I was focused on my presentation and my audience, so if you weren't in the room, you didn't exist for me. Although, since we are talking about Diesel Washington whose wannabe-larger-than-life attitude has made him the scourge of any worthwhile person's social circle, even when he was in the room, he didn't exist. And I think that he was well aware of me having that sentiment about him.

I did have a brief moment wondering if he was going to say anything. I was hoping to think that maybe, just maybe, his silence was because he was getting the point I was making with my poetry, that the issues that HE CREATED between me and him had nothing to do with this reading, and maybe he would have something good to add to what I said in my poetry. Especially in my piece about racism, "Sex In Rainbows".

However, since Diesel's reputation proceeds him, I knew to hope for the best, but expect the worst.

And I'm sad to report, that the worst is what he gave.

Diesel's 1st delusion of grandeur: Diesel didn't have me anywhere. This was MY event, that I invited him to, therefore could have easily had him removed from if I so chose to.

As I was responding to remind him that I have always placed the blame on studio-heads and head of gay media, he attempted to talk over me. At this point, I was getting pissed, because he was obviously trying to make my moment his.

So I stopped him by saying, "Excuse me! Are you going to be in love with the sound of your own voice, or are you going to let me answer your question?!"

At this point, the sound of someone in the audience saying, "Ooo!", made it obvious that a line was crossed by him trying to take over the speaker's time on the floor, and it wasn't being tolerated. This also was a moment of truth for Diesel.

Diesel's 2nd delusion of grandeur: My talking back to him made it clear to him that he was not dealing with one of those dimwitted White boys with their "White guilt" that are dumb and self-loathing enough to have sex with him on or off camera who prove this by playing into reverse slavery, and bowing to his every whim, most likely because they are intimidated by his size. The fact here is I am a Black man from Bed-Stuy Brooklyn, so none of those issues that hinders those dumb White boys hinders me from putting one in their place when one tries to disrespect me on my time in my domain of the moment. This leads to...

Diesel's 3rd delusion of grandeur: My talking back to him also made it clear to him (and the audience) that the mouth you get an impression of by reading my blog is THE REAL ME. It's not so forceful just because I'm sitting in the safe confines of typing on a keyboard out of sight from my enemies. That moment made it clear what I've always said,..."If I say it on my blog, I will say it to your face." Many bloggers who have a reputation of trying to call people out can't say the same. 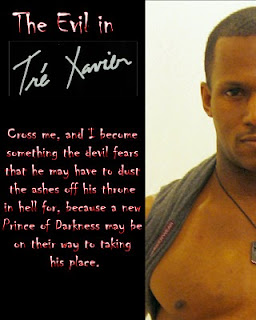 My calling him out on his interrupting me angered him. And from that point on, I stopped being pissed about him attempting to make my moment his. Because then the sadistic son of a bitch who gets his jollies by pissing you off for disrespecting me, my friends, my guests and/or my space had now been forced to surface in me. Hence, why I had a smirk on my face during his rants. For as my friend, Rich noticed, I was ROYALLY HYPED, while everyone in the audience could see that Diesel Washington was now ROYALLY PISSED. 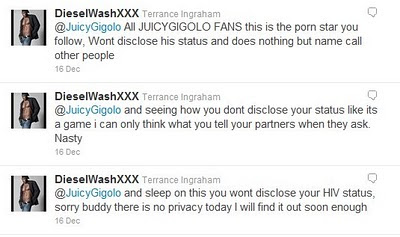 I don't think I need to point out the oafish stupidity with Diesel's rant, but I'll make it clear anyway.

Now, the fact that Diesel launched this rant against Chase Coxxx at all at my reading shows that he's so much thinking that it's all about him, that he never read my post on MOC Blog enough to understand that he's exhibiting the very same false sense of sexual superiority that made me kick myself in gear to make me write the post 2 months after getting the green-light from Victor Hoff.

Diesel's 4th delusion of grandeur: Diesel's low self-esteem has become notorious for overcompensating by acting as if he has "saved the day" of gay porn. A perfect example of this was how during his rant about Chase Coxxx, he tried to act as if he answered an audience member's question regarding HIV/STD testing, and I didn't. THE FACTS ---- I answered that audience member the moment the question was asked. Telling him that it varies. For some condom companies test and some don't, and some barebacking companies test, and some don't. And in the case where they don't, one takes the actor's word for it. So no matter what, the actor is still taking a risk.

Diesel's FINAL delusion of grandeur for the evening: When the moderator allowed ONE MORE comment, that was when Diesel went on his rant about Chase Coxxx. Diesel tried to run out of the room acting as if his comment was closing my event. Well, the night was not going to end and my guests were not going to leave until I said the last word. Why? Because this was MY event, therefore MY moderator doing his job properly was not going to let it be done any other way.

At first, in writing this post, I was going to refer to Diesel by his real first name because I thought there was nothing "diesel-powered" about Diesel Washington. But then I realized that contrary to Diesel's claims, since I have always placed blame on the heads of studios and gay media for shoving the "Mandingo" image down our throats that Diesel plays, that there is something diesel-powered about Diesel Washington after all...

...It's his cowardice, and ass-kissing power.

In closing, I have been informed that Diesel has wrote a blog post attempting to discredit me. I have also been informed that he was taking video at my poetry reading for this futile attack. All of that is irrelevant to me. For it is just a 6' 6" heap of shit writing shit. Especially when you consider what has resulted from that night for me was:
1) a high that felt like sex so great that I needed 2 days to basked in the after-glow before returning to my normal routine, but even then and now, a smile is still on my face, and;
2) an email the following morning complimenting me on how I presented myself, an invite to a book fair with the possibility of being published, and an invitation to model for some drawing classes----ALL IN THE SAME EMAIL. 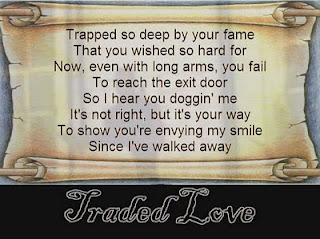 So why doesn't Diesel put that energy into making himself a more worthwhile existence of a human being where good things can happen for him? Instead, he spends all that time trying to create things to discredit me out of envy of the fact that I have moved on, which thereby makes him help inspire a negative stanza in my poetry.

Something he should consider. But when you're as miserable as Diesel Washington, you're always looking for company. So while this "conflict" ends here for me, I'm sure it doesn't for him.
Posted by LeNair Xavier at 12:05 AM