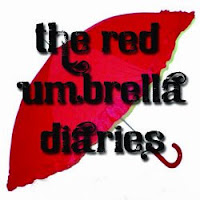 This was an invitation that I was honored to have received, and gladly ACCEPTED.

Also in the email, Audacia asked me if she should use the photo and bio that is in my emails. I told her not to because (1)I recently took new photos with PhotoFreedom (*upcoming blog post), and was hoping to get them soon, and (2) even if I didn't get the photos by week's end like she wanted, her request made me realize that I needed a new bio, because the one in my emails might be from before my retirement.

When one begins writing their own bio with the utmost honesty, sometimes they don't realize how much they've accomplished. Because we all have bouts of self-doubt. And I am no different. That's why after taking an honest look at my life since retiring from porn, I was shocked to see how much I had to add on to my original bio. But just as I say about a guy's cock, "It's not the size, but what you do with it that matters", I see that all the space this bio takes up, the content of it shows that I shouldn't doubt myself. And as long as I stay true to my values, AND grow in my values, doubting myself is not an option. So the bio I sent Audacia reads:
___________________________________________________________ 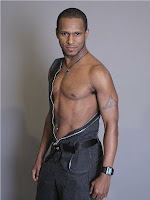 
During his time in the industry, Tré's writing skills at creating vivid pictures and expressing valid points has led to him writing blog entries for Pitbull Production's ThugPornBlog, and more recognizably, MOC Blog, which he still maintains being a contributing writer for. He has also had his opinions published in a book review for FlavaMen Magazine, and in the Feedback section of The Advocate. In the vein of his published words on MOC Blog and in The Advocate, he is an active and well-recognized voice for racial equality in gay adult entertainment by way of comments on various websites like Fleshbot, Gay Porn Times, and The Sword. And since retiring, Tré's voice fighting for that racial equality continues to be heard by the aforementioned, and even more places now as he has spread to fighting for it in gay mainstream entertainment as well, including most recently the gay cable channel, LOGO. All this while he resurrects his skills as an actor, dancer, singer, artist, poet, and songwriter. Most of which can be found on his YouTube channel.
___________________________________________________________________
And don't worry, this long bio is not going into my emails. But before I edit that, I must also announce how....