Yesterday, after much annoyance with their programming, I took the advice of someone on Facebook that I got into a debate with who was blind to the lack of diversity on the gay TV channel, Logo. And it is not surprising this person would be blind to the lack of diversity because he was a person of light-complexion, which is exactly what way too many gay media outlets (from porn to television) portray as the only beauty within the LGBT community. And every one else is made either uber-masculine or uber-feminine, no in-between about it.
So this is the tweet that I sent to Logo using TwitLonger:
@LogoTV,
You could get ratings by featuring a variety of ethnicities AND skin tones. Your heads of programming are too ignorant and racist to believe that variety will sell. The problem that comes from you trying now is that:
1)it won't happen UNLESS you try; and
2)you've stuck to your formula of "light is right" for so long that people of color will NOW be slow to watch. And your racist head(s) of programming will use that being "slow to watch" as an excuse to not show diversity in ethnicities AND skin tones.
Now, I am fully aware that you have had shows featuring men of color, but each one of them have never been allowed much longevity. So in the end, it becomes like I've said before in my blog REPEATEDLY...the typical American gay male is his own worst enemy.
I have made numerous comments on your website, and via Twitter about my disapproval of your programming and its lack of diversity. And it seems that unless it is someone kissing your behind on something of no importance (like your recent mention of Jared Leto), you feel no need to reply. 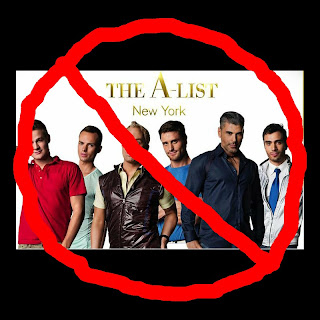 If you want equality, I suggest that you start in your own backyard. That way right-wingers won't be so justified in looking down on us. Because your programming (especially the negative stereotypes of shallow re-enforced by the clowns of "The A-List: New York") makes you part of the problem, and in no way the solution we need. Thank you.
Sincerely,
Tré Xavier of http://TresX-RayVision.com
Did I say what needed to be said? If you believe so, tell them that you agree by either sending them tweets on Twitter (@LogoTV), go to their Facebook page, or go to their website to express your  shared annoyance. And feel free to let them know that I sent you.
Posted by LeNair Xavier at 12:16 AM