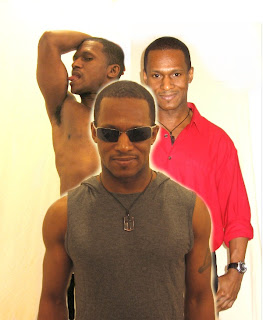 Recently, I have been finding myself in an inner-battle with my duality. Not the battle between good and evil as shown in my pictures from "Good Tré, Evil Tré". Instead, I am in an inner-battle with myself to either maintain being known as "Tré Xavier", OR choosing to start using my legal first name, which I will refer to throughout this post by its first initial, "L". 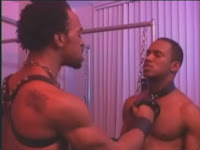 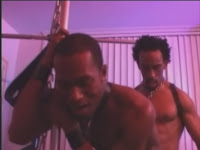 While I may have made the name "Tré Xavier" a brand, is it at a point of notoriety where a slight name-change would hurt the product, and what I now have to add in offering it?

I asked my Mom about this, and she made a very good point. She reminded me of how before he became known by his present pseudonym, "P. Diddy", that he was previously known as "Puff Daddy". And during the time of both names, he has been waaaaay more well-known than me, and it's done nothing to hurt his notoriety. So it gives me something to think about.

I know that after all of this that you are wondering what "L" stands for. To be honest, it's not your usual "L" name (unique like the man it was bestowed upon, THANKS MOM), and it has sometimes been right in front of your face, even when you have met me in person. So unless you figure it out based on those clues, I will reveal what "L" stands for once I've come to a decision (maybe with your help) as to which name I will use as my 1st name....

....The name you have come to know me by so far, OR will you have to begin to know me by my legal 1st name as I move forward to explore the great things I feel the future holds for me?
Posted by LeNair Xavier at 12:05 AM