Every individual has a certain body type that they go for. I am well aware of this, and respect it in people. However, they are some body types within certain ethnicities that because of the media, I question whether or not some people's presumed preference is of their own personal nature, OR was it taught to their sub-conscience. It is when I suspect the latter that I don't respect it.

Hence why my latest "Write That Down" quote reads:

When I see Whites, light-skinned Latinos, Asians, etc. go for Blacks guys who are usually tall, dark-skinned, brawny, obvious gym-rats (and often bald), I don't trust them to be individual thinkers. They have to work for that faith in their intellect. My distrust of these non-Blacks' preference is actually because fashion, porn, and other media have so often put the image of these combined traits of a Black male as the only way that dark skin can be seen as beautiful, that it has gotten to the point for me that I can't trust whether a non-Black guy is into this type of Black male on his own, or is it because he has allowed his sub-conscience to be taught to like that type, while his true personal nature prefers more variety in Black males. 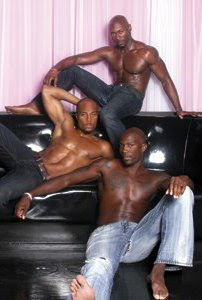 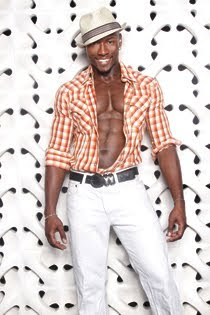 And whether or not they admit it, I'm sure they're scared to take that look at themselves. Why? Because they know that if they do (if the clone-like appearance of these guys from an issue of Next Magazine I commented on are any indication), then as usual....I'LL BE RIGHT!

For the record, I have asked myself whether my liking complexions lighter than my own is of my own design, or by the media. And I will admit, it may have started out partly by the media. BUT after closer examination, I realized that my natural artistic eye is drawn to the color contrast and novelty, as I said in "Write That Down #6". Furthermore, considering the fact that I'm more drawn to tall and slim guys like I said in "In Lust With....Tall & Slim", is even more proof that this preference is of my own design, and not influenced by the media, especially gay media. For tall & slim guys are not what gets the most praise in gay media. We all know that it's lighter complexioned gym-rats who get the most praise.

Lastly, before you try saying that this quote shows me to be cynical, or envious, I'm going to let you in on a fact. A fact that despite all the compliments I have gotten over the years, I have been humble enough to not reveal before. Truth be told.... 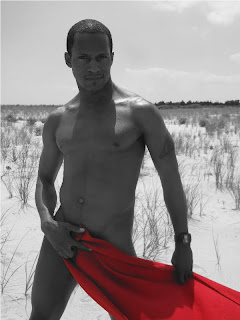 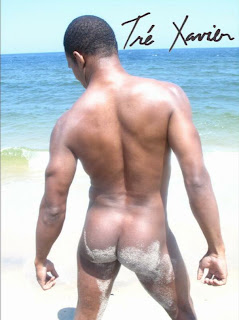 And I wouldn't changed it to be some buffed up gym-rat to please White American narrow-minded perception of Black beauty for even all the money in the world.
Posted by LeNair Xavier at 10:19 AM