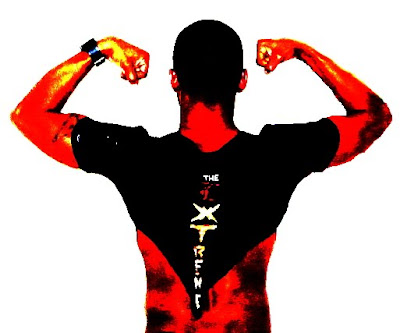 Many feel I have the spirit that would make me a good activist. In fact, after posting one of my pieces for MOC Blog, the blog's author,Victor Hoff bestowed upon me being an "activist" as one of my titles. I never questioned him about why he said it, because I know my writings show that I have that kind of fire. And actually, that is the intent of my writings. However, unlike most activists, I'm not trying to inspire change in people's attitude outside the LGBT community. I'm trying to inspire change from those within. And it is because of that desire to a change the attitude of those within our community that I am not taking part in any of the "popular" gay issues, like marriage equality and "Don't Ask, Don't Tell".

There is too much to correct amongst ourselves, so I AM NOT DOING IT!

I posted a status update on Facebook recently, and when I did, I told myself that it didn't belong there. Because over the next few days, it was going to fade too easily from being seen by people. Well, since I caught it the next day, I decided to copy and paste it here for all of you who might not be friends of mine on Facebook. And for those who recall seeing it on Facebook, you will notice that I elaborated more on what I had to say because Facebook only allows 420 characters for status updates. So my latest "Write That Down" quote is as follows:

From the displays of ageism, racism, sexism, and many other "-isms" by way too many gays from everyday life to nightlife to the porn world, there's a valid reason why I don't chime in on the "it" issues of gay rights activism. It's because with such shady behaviors, the united front that we present to the powers-that-be is only a "portrayal". It is not real. And a "portrayal" of a united front is a betrayal to both ourselves, and the powers-that-be. Therefore, I will not be at peace taking a stand by just "portraying" a united front. My integrity makes me demand to BE a united front.