Last month, I went to the Underwear Party at Pieces Bar, and met someone. If you saw me being a passenger on Will Clark's Bad Boys On The Hudson Sea Tea last month, you got a chance to see this person, as this was one of our dates. While a good number of you were probably either glad, surprised, and/or impressed to see me in some degree of relationship mode, I have to break the news to you that we didn't last much more than a week past that day.

When we met at the underwear party, he propositioned me, and we started talking. One of the things he said to me was that he found it hard to find someone to have a connection with here in NYC. And I did feel a connection....a strong connection at that. One that wasn't just sexual, because in that instant and those few days after, he brought a calming to me. But what I realized later was that it wasn't a good calming. For I later discovered that he didn't really deal with issues in his life. Instead, he would mention the issues in his life, but he would make light of them, and not confront them. So his calming vibe was born out of not dealing.

For one of the things I noticed was his extreme loyalty to his job. The problem with this was because at the time I met him, his mother was visiting, and she lives all the way on the West coast. He spent so much time at work, that he hardly saw his mother while she was here. Actually, this was one of my concerns that caused the beginning of our end. For as my most loyal readers know, I am very close to my Mom. I talk to her on the phone almost everyday. I live in the Bronx, and visit her in the Brooklyn at least once a week...2 weeks at the most - and even that's stretching it. And if I tell her I'm coming by, but time constraints of travel make me not show up (one of these reason I FUCKIN' HATE THE BRONX), I feel a great deal of self-imposed guilt. Because tomorrow is promised to no one. And here this guy is with a mother coming cross-country to visit him, and he's so loyal to his job that he can't make time for her. What about loyalty to the mother you claim to love so much?! Here she is, in the flesh for you to enjoy the company of, and you're so career-driven that you're letting this chance to physically embrace her slip away.

Such dedication to his job is why when we met, he told me that he didn't go out much. In fact, he would always mention how he was always so busy that he had no life with text messages that at some point would include a line saying, "No life. LOL"

That "LOL" shows how he makes light of things he needs to deal with.
This all was beginning to make me realize that if he didn't have time for his visiting mother, and if outings I was suggesting were up in the air, then this is someone who I shouldn't be pursuing a relationship with. I even told him that the reason he can't find a connection in NYC is no one's fault, but his own.

This isn't the 1st time, he's inspired a blog entry. His putting himself in this situation at work is how he was also the inspiration for my blog post, "Young, Career-Oriented...Dead Too Soon", because he's 24 years old. And please don't give the typical American excuse of saying "he's young, so he doesn't get it". Because there are males and females of all ages putting their lives in this kind of upheaval. 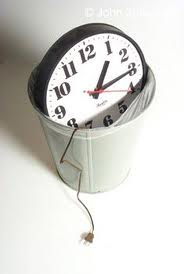 Once I realized his lack of time to pursue a relationship, I also began to realize that if he doesn't have the time to pursue a relationship, then actually his propositioning me in the first place was him wasting my time. All the time I spent with him at that underwear party, the Sea Tea, the late night sitting on the park bench by the Hudson River talking after the Sea Tea, dinner in SoHo, talks on the phone, etc. could have been time spent with someone who did have the time to dedicate to pursuing a relationship, or time I could have spent alone doing the usual soul searching that gives me the logical mind that you readers appreciate.
I will admit, while usually ending things with a guy, I no longer want him in my life, I felt the aforementioned connection to be so strong that even if I wouldn't date him, I still wanted him to have a place in my life. Because while I felt his submissiveness and his need to be needed by his employers caused him to make bad choices, I didn't think that made him a bad guy.
Then comes a recent chat on Facebook. At some point of the chat he mentioned how he was trying to enjoy his last few months in NYC. When I read this an alarm went off. I asked him, "What do you mean 'last few months in NYC'. Where are you going?"

It turns out that he accepted a job position that is out in Los Angeles, California. You would think I would be happy for him to see him following his career goal, but instead upon reading this, I froze looking at my computer screen, and began seething with rage. I took a deep breath, and shut down my browsers. END OF CHAT!
The reason I became so enraged was because during our time of dating, he told me that he was looking for a position at another company, but he never said where. So to learn that this position meant that he would have to relocate to Los Angeles means that not only was his present job leaving him little time to pursue a relationship, BUT he was looking for another job that also did the same thing. So we never had a snowball chance in hell of us being able to see what we could have become to each other. ONCE AGAIN, my time wasted!
Whether you are employed or not, I am all for someone having career goals. For it is part of what gives a man his intellectual appeal. But if your present job, and the one you are applying for give you no time to pursue a relationship, then to proposition and/or date me is an act of UTTER SELFISHNESS on your part. Because if I stick around, all I'm going to become is someone to fill the self-imposed void in your social life. That's not a relationship. That's the reason websites like Rentboy.com and RentMen.com were created. And that's why males like this guy become old guys who frequent these escorting sites. They've spent so much time in their youth trying to be Mr. Successful, that they sacrificed their social life by being chained to the office, and stressed themselves so much in the process that they have prematurely aged and are no longer desirable, so all the money they've amassed goes into buying the illusion of a boyfriend and/or confidant, instead of having a real one.
I have every intention of being successful as well, but not at the expense of not having time to be with my lover, family, and friends. These are important enough people that you don't "fill in" months down the line on your calendar. They should be important enough that when the time is there to be with them, you take it, and hold on to it for dear life. Because as I said before, tomorrow is promised to no one.

For the record, I originally was not going to tell of this guy wasting my time in my blog. Since my initial thought was that he wasn't a bad guy, just made bad choices, I was giving him a chance to prove me right to have such faith in him. But to come to the realization, that he wasted my time, not once, but twice...is one bad choice too many and too soon. So my compassion via discretion is gone. And if he thinks this blog entry is cruel, then he has no idea how cruel I could have been. I could have easily posted his picture, made a link to his Facebook page or his email, or even given his name. So even though, I wrote him an email after telling him that I had nothing more to say to him, he is still getting off easier than most of my past suitors.

It's because I still don't think he's a bad guy, but it's like dealing with a drug addict. At some point, the bad choices become one too many and/or too disappointing, and you just have to hope and pray that the person sees the error of their ways after you bid them a much-needed, and much-deserved farewell.

It may have worked for Danny. Me and Danny have been on decent terms ever since we recently reconnected, and if you recall me mentioning, we have often tried reconnecting in the past, and by this long after, I would be booting him out of my life AGAIN, even as a friend. This time however is the longest we have ever stayed in touch since reconnecting. So it just goes to show you that there is always reason to hope. Reason to hope that someone can learn to cherish your presence so much that they refuse to waste your time, as a friend or lover. God does it every day he allows us to wake up in the morning after we show our constant imperfections, so why can't we as human beings do the same. This is me trying.
Posted by LeNair Xavier at 6:23 AM