Some Written About Guys....Alas Seen

It might not surprise you that mostly because of the size of New York City, I don't run into, or even see in a crowd, the guys from bad hook-ups or relationships that I've written about. In fact, I practically never see them. Well over these past 3 weeks, there have been 3 sightings. 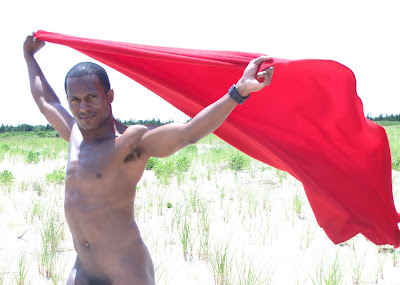 Most recently was Jason White from the blog post, "Portrait Of A Stereotypical Escort". I saw him this past Friday night at Splash. I'm not sure if he saw me, but I actually think he did.

Why am I not surprised to report that he was with a couple of guys - one, a good deal older than him or me (so he was most likely a client). And I am also not surprised to report, that even while on the dancefloor, he kept looking at his cell phone. Now, don't think that I was spying on him. I saw this because while dancing with someone, I discovered that he was in line of my peripheral vision. For in the dim light of the club, a light going off is going to cause you to look. And when I looked, I repeatedly saw that the light was coming from a cell phone...Jason White's cell phone. Every escort I've ever met seems to never get off the clock. It's a sad life.
This was actually the 1st time that I had ever seen Jason White in person. And I am not being catty by saying this, but if the camera really does add 10 pounds, then that's why I thought his slim physique was hot. Because in pictures he appeared just slim. Of course those pics were from movie photo shoots a year or two old. Now however, what I saw in real-life for the 1st time was still slim, but borderline skinny.
Now, I saved the best for last....Danny. I already wrote about seeing Danny again and I rehashed some of our history. 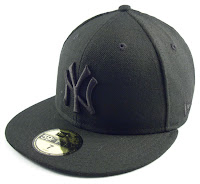 When I decided to write "Danny's Leaving, So I'll Keep Feeling", I knew that once posted that I was going to text Danny about the post being online. It turned out that there became no need to text Danny, because within the week of writing the entry, I discovered that me and Danny have a mutual Facebook friend. It actually turned out being that we had 9 in common. But on this one's page in particular, Danny wrote a comment to his Facebook update. So once the post was online, I sent Danny an email via Facebook telling him about it.
Not too long after posting, I got a phone call from Danny. I let the phone call go to voicemail, because as far as I was concerned, once I wrote that post, all that needed to be said was said. I vented, I was done, so now I'm moving on. So he left a voicemail, and I listened to it, simply and calmly ask me to call him. I decided that we were not going to fight about this. But I made a mental note of his calmness in that voicemail. I thought back to how in the past, when he left me a voicemail that my calling him back was going to lead to an argument, I always knew it beforehand. However, even after hearing that calmness, my Aries stubbornness didn't want to be bothered. What might be perceived as a problem is that Danny is also an Aries, so instead of waiting for my reply, his Aries impatience made him send me an email through Facebook. In the email, Danny apologized for the way he treated me. And told me that I could either remember him the way he was then, or learn of the better person he is now.
I decided to bite the bullet, and return his call. Not because of his apology, because I've heard that before. But there was one sentence that he's never said before. He said, "I'm a better person now." So to read that PLUS an apology made me want to hear what he had to say. Because to add that sentence to his apology said to me that he did take a look at himself. You know like they say, "Don't talk about it, be about it". As many times as I've heard an apology from him before, I heard enough talk, so I needed something that said that he was really about improving himself.

While talking to him on the phone, I brought up how he said I could remember who he was then, or the person he is now. I told him, that I tried that before once when I saw him on the street last year, and we exchanged numbers. I texted to keep the communication going, but once again, I never heard much from his end. So I was trying to get to know how he may have changed. But since he was moving to Atlanta, now I wasn't going to know. And that's when he dropped the news update....he wasn't moving to Atlanta after all.
We talked on the phone for almost an hour and a half. In fact, I wound up late for the date I had with the guy I was seeing at the time. And considering how that turned out, it may have been a good thing. My being late might have been a way to tell me not to go on that date. But that's another story.
Since then, me and Danny have become friends on Facebook, and have chatted a few times. I will admit that I see that he is in that place of growth. After all, he is 29, so it makes sense that he's coming to that point in maturity where much of what you thought was important isn't really that important after all. So I guess in his own way, he's catching up to me as I'm still enjoying how quickly I, like Wanda Sykes will say, "I don't give a fuck!"
I went out of sequence telling of these guys from my pasts by telling the story of seeing Danny last, because I felt it was better to end this tale with the glimmer of hope that someone I thought I was a rotten apple, had resurrected himself to becoming fresh and new. And I'm sure many of you can relate as to how signs of bettering from someone from our past doesn't happen very often. So now that we're friends online, time will tell how good of friends me and Danny will become in the real world.
Posted by LeNair Xavier at 9:18 AM