Why You're Single, Why I'm Single

Over time, I've had some sexual instances that made me have to say in my head to a guy, "This is why you're single". In fact, I even wrote a blog post by that title about a year ago. Well, with the weekend upon us, I thought I'd revisit that quote and show some other instances that confirm that I know what I'm talking about.

One instance was in the backroom of a bar. A grey-haired guy with a great body was checking me out. There was an instant attraction, and when he decided to go down on me, I was all for it. I might have been willing to take it beyond the backroom, and if we stepped out later for conversation at the bar, then beyond the bar. However, we never got beyond the backroom. Because when he started sucking my dick...he didn't SUCK my dick. He just put his lips around it, and moved his head back and forth with no tongue action or suction. I know this guy was old enough to be aware that they call it "sucking cock" for a reason, therefore he should have been good enough to teach me a thing or two. Instead, I needed to teach him, because not only did he lack use of his tongue or actual sucking, he also moved his head so slowly that I had to face-fuck him in order to get a sensation, which is something I hate to do. I like a guy sucking my cock to show that they want to suck it, so while it may appear that I'm a top (therefore in the aggressive role), I'm actually in the passive role, because the cock-sucker's eagerness makes him the aggressor. I got so frustrated that I took my dick out of his mouth, almost snatching it, with the thought of saying to him, "Gimme back my dick!"

I walked away thinking of how badly I wanted to tell this guy, "I'm here just for the sexual thrill, not out of necessity. YOU HOWEVER have no mother fuckin' choice. Because oral skills like yours is why your ass is single."

Another occurrence happened not too long ago. A fuck-buddy who I've haven't hooked-up with in awhile wanted to see me. Once there, he asked me what I had been up to. Knowing I didn't want to spend alot of time talking about a serious matter, one of the things I mentioned was how I had just got done trying to help Jessica Ransom recruit male interviewees for her piece on racism in the LGBT community for OURsceneTV.com. This NOW former fuck-budddy is a White guy. And his response to me was to ask me, "There's racism in the gay community?"

I initially brushed it off as him trying to not kill the mood, which I was fine with because I mentioned it out of small talk, not at all wanting to make a big discussion about it. So we go at it, but I felt something was off. Off to the point that I wasn't the power-bottom I know I am when I bottom and enjoying my company, nor could I top him, as our original plan was to have a flip-fucking session. Whatever was in the air, I knew that this was going to be the last time that I ever hooked-up with this guy.

After my failed attempt at topping, we decided to jerk-off. Then he said something that showed me what exactly was in the air that was stopping me from topping him and being a cock-hungry power-bottom.

He said, "I can't believe that you think there's racism in the gay community."

This immediately led my cock to shrinking. But wait, there's more. He went on to say, "There's proof that's not so between us and there". When he said "there" he was pointing to his TV screen which was showing the DVD that I brought with me.... 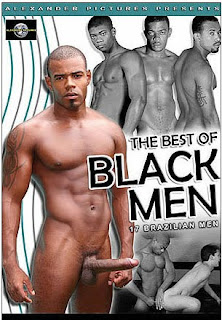 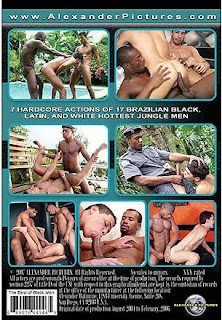 I put my head in another place, not even thinking about him, and that's how I ejaculated. In past hook-ups with this guy, I would sleep over. This time, I took a towel, wiped myself off, got dressed, and walked out the door - making a vow to myself to never, ever return to that apartment. That is unless he moves out, and someone with a brain in their head moves in.

I was trying not to get political, but the fact is that I've always said to myself, and now I'm saying here, one key formula to make an inter-ethnic couple work is for the 2 people to have an understanding of the struggles that the other has to go through as an individual because of the color of their skin. In addition to his lousy timing, to say that there is no racism in the gay community clearly shows that no matter how much he may like Black guys, this guy lacks that needed human understanding for a successful inter-ethnic relationship - be it sexual or romantic. Hence...why this dumb mother fucker is single.

And I know the politically correct term is "interracial", but the fact is we are all one race - HUMAN. So I created a new term, "inter-ethnic", because that's what it is - a joining of 2 ethnicities, not 2 races. Anyone with a better word, I'm all ears.

I thought this go around of telling what some guys are doing to make themselves single wouldn't be fair without me taking a look at myself. Because some of you may be wanting to ask me, "If you're so great, then why is your ass single?"

I'll gladly answer.
It's because of one of the oldest dynamics known to man ---- OPPOSITES ATTRACT. It's because my superior intellect that allows me to make these insights keeps drawing in these bona-fide dumb-asses who need to feed off of my wisdom instead of enhancing it by having and sharing some of their own. So that is why I am single.

Now, I do have faith that one sweet day, someone with a great degree of intellect, common sense, and common courtesy will come along and enhance what I already have, and I will do the same for him. But until that day, even though I know that I'm bound to run into a few jackasses here and there....I'll keep having my occasional fun until my everlasting fun-buddy comes along.

Posted by LeNair Xavier at 8:01 AM

Email ThisBlogThis!Share to TwitterShare to FacebookShare to Pinterest
Labels: Why You're Single