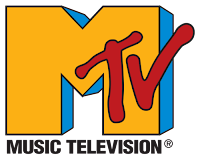 After attending the underwear party at Pieces Bar in NYC, I came home and checked my email. In it was a notification from Twitter telling me that I had a new follower. The follower was MTV.

It's not the 1st time that I've gotten such an email where I'm being notified by Twitter that someone with a name is following me. Early on after creating my Twitter account Out Magazine became one of my followers. That was easy to brush off when you take note of how many people Out Magazine follows. And of course, with all the poignant issues I have addressed here, I still have yet to write for and/or be interviewed by Out Magazine. Therefore, my initial reaction to being notified that MTV was following me was "no big deal". It's just that somehow they came across my name, and I was interesting for a hot minute.

However, after further investigation, I didn't realize how HOT that minute was, or what that HOT minute was about. I decided to go to the MTV Twitter page mentioned in the email. It said:


Then as I scrolled down the page, I saw all of their tweets repeated that line but was directed at various people....I was one of those people. So I'm now realize that some of my tweets have given them the impression that I'm a sex addict. OK, if this is to proceed further, then I have to think about if I consider myself a sex addict.


Before I give an answer, let's explore some facts of my sexual history that may lead one to such a conclusion:
1) I will admit to having such a big porn collection through DVDs and files on both my PC and laptop that I forget I am even in possession of some scenes and titles.
2) I do explore sex parties. Not every single one I get email invites to (that's too many cum-loads and an eventual need for Viagra), but a good number. I will admit to using volunteering to help out as a money-saver when its payment is FREE ENTRY.
3) I do partake of backroom style action in bars and clubs.
4) I did get a rush from doing all the videos that I have uploaded to XTube, GayForIt, and RocketTube, which I believe may have contributed to the nice cum-loads at the end of each.


A male sex addict is human, therefore he does have a type. But unless I'm wrong, if that type isn't available at the moment, a gay male sex addict then doesn't care who sucks his dick, who he fucks, or who fucks him. Just as long as the other person is willing to give him his preferred brand of sexual pleasure. Hence why I don't consider myself a sex addict. Because for me, a genuine attraction must be involved at all times, making me VERY PICKY about who I get that pleasure from. No matter how much I may want my dick sucked, if I find you unattractive, you are not sucking my dick. No matter how much I want to poke a hole, I refuse to fuck any hole in complete darkness no matter how sweetly tight you can claim it to be. And no matter how much my hole may twitch craving to be filled with a nice hard cock, even if you want to do it doggy-style and in the deepest dark room so I don't have to look at you, I MUST know AND like the face of who's fucking me and if I don't find you attractive,....you will not even be allowed to knock, so lose all hopes you may have of getting in.


Believe it or not, I'm not offended by MTV thinking of me as a potential candidate for their episode of "True Life" about sex addicts, even though I disagree. In fact, I'm honored to have been noticed. After all, when you think about it, I am a bit of an oddity. How many Black males with any media exposure whatsoever do you know who are as open about their sex lives and sexuality in general as I am, AND are out and proud gay/bisexuals? Sad to say, not many. It's because being a Black male this sexually open is taboo, even amongst Blacks. The mass media allows us Blacks to say and show that we like sex, but they never gives us the voice to say what we like exactly and why. So if this (what I take as a misunderstanding) gives me the opportunity to be one of the much needed many voices amongst Blacks to do that, then I'm all for it.


So in closing, while I do like sex, and not consider myself a sex addict, I am still sending this post to MTV. From there, I am leaving it up to them to decide....Is Tré Xavier a sex addict, or just a very sexual being?
Posted by LeNair Xavier at 4:26 PM