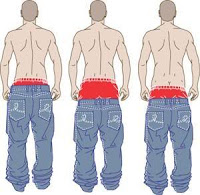 Fashion is supposed to be inspired by something positive. It becomes an even greater accomplishment when it's inspired by the desire to turn a negative in to a positive. With the latter in mind, the "sagger" style has sadly been taken to an ugly extreme mostly by the hip-hop mentality. To the point of guys wearing their pants so low that it shows their entire behind in their underwear. So what started out as turning a negative into a positive, has now become these guys showing that they're dumb enough to imitate the "sagger" style's origin as if they're playing a virtual reality game. 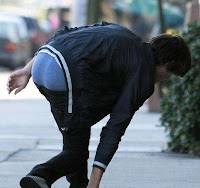 The style of "saggers" originated in prisons where prisoners were given oversized  pants without belts. This was done to make prisoners easier to capture should they try to escape, with the other reasons for the lack of a belt being to prevent the belts being used for suicide or as a weapon. 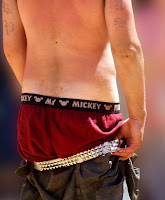 I know people don't like me to use it. I myself don't like to use the word. However, when the situation warrants it, I am man enough to put aside my dislike and say what needs to be said, and I suggest you do the same. I said all that to say that to know the history of "saggers", the only type of person who would admire and assimilate this type of dress in public and to the extreme is a nigger.

I don't care what color you are, being a nigger is not about a color of skin like they tried to make it in the old South. It's about a state of mind - an ignorant state of mind to be exact. 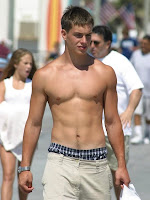 Keep in mind that I did italicize the words "in public and to the extreme". It's because I'm not 100% for guys showing the waistband of their underwear on a regular day out in public, but that's tolerable. And I have no problem with someone wearing "saggers" to the extreme in their home, a friend's home, in the club, or in the streets on certain special occasions like Gay Pride.  After all, it's a style of dress that's meant to tease the crowd. I myself have adjusted my jeans to become "saggers" while I'm in the club, or walking through the streets of Gay Pride. I've done it to the point of showing either the waistband of my underwear, or the beginning slope of my protruding ass - sometimes covered, sometimes bare....but still while in that space. Before and after being in that space however, I cover up. I'm saying this to show that I'm not being a judgmental ass here, but if you are of a civilized mind (as I try my damnest to be), you must ask yourself, "How much is too much?" Because the fact is that there is a time and place for certain types of clothes, and the way you wear them. The reason I italicized "in public and to the extreme" is because the reason niggers earned their named is because NIGGERS DON'T CARE. Niggers are self-loathing people with total disregard for the fact of how there is a time and place for certain things and how they are to be executed, so they don't ask themselves, "how much is too much?", which is why they wear "saggers" in public to such a distasteful extreme. 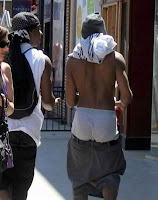 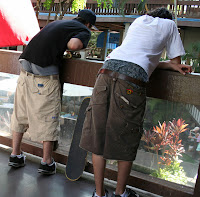 Now anyone who has read this blog for any length of time knows that I cover all bases before the stupid questions start coming in. So I'll answer one stupid question I'm sure someone wants to ask. That question being....

..."What are you supposed to do if you're going to the club, or going to that special event where you can wear your 'saggers'?"

Simple answer, you dumb shit....Adjust your clothes when you get there. Hence the reason I also italicized my telling of how I adjust my jeans to become "saggers" while in the club. It's because I have enough self-respect and class to not walk through the streets that way. I mean, it's like going to a sex party. Just because you're going to a sex party doesn't mean you walk through the street butt-ass naked. I hope those of you who wanted to ask that question, now see why that's a dumb question to ask.

So the bottom line of what I'm trying to say here is that if you're going to wear "saggers"....be a man about it, not a nigger. Because a nigger's lack of class and intellect may make them unforgettable, but it also makes them disposable. In the meantime, a man's ability to have enough class and intellect to know the right time and place, also makes him unforgettable....but more importantly, because he's also always necessary.
Posted by LeNair Xavier at 1:10 PM