Last Wednesday night, I went to the party Ocean held at Splash Bar in NYC. Who did I wind up seeing there, but Danny. Yes, the same Danny I wrote about a couple of years ago having the back-and-forth involvement with since 2003.

When he saw me, he gave me this big hug with a grunt followed by some news.....He's moving to Atlanta. 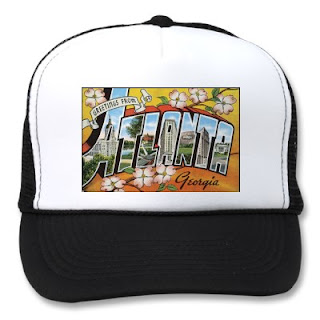 How do I feel about this? I feel glad. Maybe now, my 6th sense won't go off the same way in the Star Wars saga, The Force tells a Jedi Knight about the presence of those close to him. You see, days before a run-in with Danny, I start to have these constant flashing thoughts of him, consisting mainly of my history of being unappreciated by him. Then when I actually see him, the reason for the flashes are confirmed. So with him going South, that alleviates me having to wonder when is the next trigger going to happen.

When Danny gave me that hug, I realized something about myself that happens everytime I've seen him. I find myself going emotionally numb. For someone who prides himself on his emotions and urging others to express theirs and not keep them bottled up, seeing myself in that state bothers and concerns me. And it's because of that concern that I need to take a good look at myself and find out WHY I go emotionally numb in Danny's presence. Well, I think I've figured out why.

I have often stated here how I am an extremist. In regards to emotions, some people have put themselves in the position of me either loving them or hating them. The problem is that when I hate, being in my presence puts you in danger of verbal violence from me, and with that verbal violence...physical has the danger of not being too far behind. Such as described in my post, "The Hulk In Us All".

With Danny, two emotional extremes are sparked. One part of me wants to forgive him as the Christian teachings of my upbringing have taught me, but if I show that forgiveness, I'll overdo it so that I can hide the intentions of the other part of me lurking in my inner-darkness. That other part of me that won't forget what he's done in order to protect me from putting myself in that position ever again with him or anyone else. And in that protection, that part wants to be unleashed so it can curse him out telling him how his hug is "too little, too late", while ripping off the very arm he's hugging me with, then beat him to death with it for making me need to put those safeguards up in the 1st place. So the reason I go emotionally numb in Danny's presence is because my dark side's will to surface and my forgiveness need to surface are both so strong that they cancel each other out - to the point that I then show no emotion at all, good or bad.


Some of you may be asking: If Danny is such a part of my past, and I'm over whatever you want to call we had, then why do I still talk about him? That's easy to answer. Think of all those that you've been involved with in your past as part of a blueprint to create a more stable love life in your not-too-distant future. On that blueprint, one or more people are going to signify where you install the alarms and emergency exits. For me, Danny is the one person whose constant lack of appreciating me and making me create the term, "emotional cripple" taught me where to install those alarms and emergency exits that I need in order to get out of relationships that have been, are, and will be beneath me. It was bad to the point that the song, "Appreciate Me" by Amuka made me one of the eye-catching dancers in the club because I danced my ass off to this song to let out my frustration.
So while a part of me is enraged by Danny's actions, another part of me thanks him. Because it has saved me from making the mistake of committing myself to practically every tragic person I've dated since.

When I left Splash Bar that night, I sent Danny a text message. It read:

After all that has happened between us, there isn't much I can say about your move but...I hope you've finally grown to know good when you have it. Goodbye.

I told my Mom about sending this text message, and she said, "That's you. Always leaving someone with words that stick with them, and making yourself someone they won't forget."

In truth, I don't care if he forgets me. My words however....I want them ingrained into his brain waves to motivate his actions so that he doesn't again become the part of the blueprint for a love life showing the alarms and emergency exits the way he has made himself to me. Good luck, Danny.
Posted by LeNair Xavier at 10:10 AM