I knew what I was going to get when I put my fingers on that keyboard and started typing with my comment. Me, once again taking on the half-witted fucked up allegiances that stall the progress of the LGBT community. 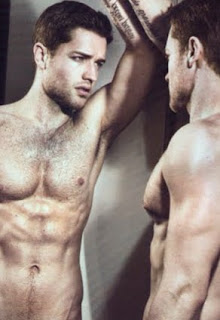 Last week on Facebook, I saw an update from The Advocate about Ronnie Kroell saying in an editorial for The Huffington Post where he asks Americans to view the world through a “lens of integration, not separation”. While his editorial does make a remark about the separatism within the LGBT community, his main focus in the editorial is to make America as a whole accepting of members of the LGBT community. You are probably wondering why do I find this to be a problem. It is a problem because I felt as a gay right activist, that before he asks this of America as a whole, that he should ask it of the gay community. For not seeing their own community through the "lens of integration" and making separatism the way to go is the very reason that so many "-isms" plague the LGBT community. The top 3 being Ageism, Racism, and Sexism. All of these "-isms" halting the progress of the LGBT community need to be addressed FIRST, before we dare ask anything of America.

I made a comment to that effect, using racism as my main focus, and comment after comment made me have to go deeper and deeper in defending my point of view. That is, until I decided that I was going to address the matter in great length HERE - on my own turf.

My remarks about Ronnie Kroell's editiorial statements were not an attack on just Ronnie Kroell, gay rights activist. They were an attack on ALL of the most publicized gay rights activists in general, for I have grown annoyed and frustrated with how those aforementioned "-isms" are ignored because these activists are treating their activism plights like fashion trends - meaning they'll acknowledge the issue if it's the "IN" thing to address, like gay marriage and "Don't Ask, Don't Tell". Meanwhile Ageism, Racism, and Sexism go repeatedly swept under the rug.

To best describe the reason for my frustration, let me use this analogy:
Think of America as a street. And each type of person based on orientation, religion, and position of power has their own house - the LGBT house, the Straight house, the Christian house, the Catholic house, the Government house, etc. In order to keep the street looking presentable, each house must maintain the upkeep of their yard, which means all the varieties of flowers (a.k.a. people) allowed to grow and prosper void of any interference from weeds (a.k.a. hatred) in their garden. Keeping that analogy in mind, the gay rights activists are inhabitants of the LGBT house. To tell America to accept us is like inhabitants of the LGBT house going to the Straight house, the Christian house, the Catholic house, the Government house, and all the other houses on the street, and telling them to get rid of their hatred weeds - BUT the entire time, the LGBT garden is a wreck with the weeds (of racism, ageism, and sexism) choking the life out of not only every non-White flower, but crawling around the older flowers and up the seasoned bushes that can educate and shelter the young flowers in the garden and choking the life out of them as well. That is what the gay rights activist (that the media-heads decide to put a spotlight on) are doing by asking America for acceptance and tolerance. They are going in everyone else's yard, telling them they need to clean up their weeds, and haven't even started to clean up their own yet. Said in 2 words ----SHEER HYPOCRISY.

Even though they should be addressed FIRST AND FOREMOST, the problems within the LGBT community like racism, ageism and sexism are repeatedly overlooked as they are tearing our community apart from within. With that being the case, how can we dare approach the American public on issues like gay marriage and DADT (the "IN" topics for activists) when we are so obviously damaged to the point that any right-winger can throw it back in our face. Before we address and correct those matter within our community, asking the American public to let us marry and to repeal DADT makes us look like hypocrites. And I have said it before, that in order to approach your oppressor, you must be better than they are. Being a hypocrite, as many gay rights activist are by not addressing the issues of racism, ageism, and sexism within the LGBT community makes us as a whole no better.

One comment defending Ronnie Kroell said that he might not take a stand on something like racism because his experiences may be different from mine. And you know what? That is a BULLSHIT excuse if I ever heard one.

Victor Hoff, the autor of MOC Blog is White, and has repeatedly spoke against racism, and has allowed me to do the same on his blog. Why would Victor do this, when: (1) he most likely has NOT had the run-ins with racism that I have, and; (2) would become way more popular by being another sell-out to humanity talking about only the "cute White boys"? It is because Victor Hoff is not all about living in a world where White is the only beauty. He is about compassion, and looking out for his fellow man which means seeing to it that every man of every color is treated and represented on an even plain. Therefore, the reason so many White gay activists won't speak on racism, ageism, or sexism it is because of them lacking that brand of compassion. Compassion that doesn't need to come from shared experiences, but from having enough depth of character. And the compassion these activists do display is just for show, which is why such separatist acts like ageism, racism, and sexism always winds up being a little snip in their speech, and never the main focus.

Another frustration of mine is that the gay media seems to want to make the gay activist packaged in the form young White males, making older voices of gay wisdom like Larry Kramer gone and forgotten. In another one of my comments on the website, I pointed out this fact as to how Ronnie Kroell is getting attention for what he's saying because he is a young, White male, because what he said is nothing new. I have seen, read and heard many gay people of various ages, colors, and genders say the same thing Ronnie Kroell said. The problem was that the media give them nowhere nearly as much hype, unless they were young White males.  This tells me that gay activism is now becoming a marketing gimmick rather than being about presenting the truth regardless of the package.

The same frustration followed me recently, as I tried to help Jessica Ransom recruit people to interview for her upcoming piece on Racism in the LGBT Community for OURsceneTV.com. To do that posting that I did to help recruit male interviewees, and those post that I've done in the past on the issue of racism, you know I feel passionately about it being addressed. What concerns me now is that the main gay media outlets like The Advocate, Out, Logo, etc. will allow the piece to go unnoticed by the gay masses because it is: (1)about (the not "IN" topic of ) racism AND; (2) produced by a woman.

Am I right to be concerned? With too many gay males being so sexist that they want the only gays in the room to be males, YES. And in addition to that, with most gay media heads being White males, HELL YES! And if you admit the truth to yourself, you will be concerned as well. But only time will tell if I'm right or not. This is one time, that I hope it becomes one of the very few times that I'm proven wrong.

So in closing, I make no apologies for anything that I said in reply to that posting about Ronnie Kroell. I made my comments there, and wrote this post to show that there is a big part of the LGBT community that is being overlooked in not just his, but all too many gay right activists' speeches, and no togetherness will be formed, therefore no battles will truly be won until they are addressed from within. Thank you.
Posted by LeNair Xavier at 9:28 PM