My friend Michael recently was telling a friend of his that he admires that fact that I have the balls to say all that I say with my blog. He said of me, "He's bold enough to put his dick out there on the chopping block for them to chop it off, then he re-attaches it afterwards." 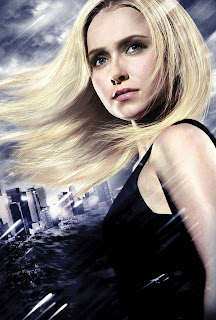 With "my dick" being a metaphor for "my boldness", it's a great compliment....to a point. The point why that compliment doesn't have my complete embrace is because, if you read between the lines (like all writers do), it says that for maybe even a second, I may be or seem to be defeated. And much as I love the character's ability, I wouldn't compare myself to the characther of "Claire Bennet" from "Heroes". You see, if you cut off a part of her, she would need someone to align the cut off part with her body in order for it to re-attach. My resilience needs no human assistance. Mainly because, it never left my body in the 1st place.
So my latest quote for "Write That Down" is a response to my friend, Michael's statement: 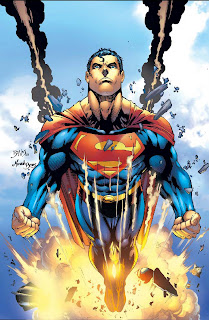 I do put my dick out there on the chopping block by what I say, but what I do is dare them to cut it off. However, when they show themselves dumb enough to try,....the blade of their tool of choice pops off and slaps them in the face, because my skin is so thick you would think I was the bastard son of Superman. For I felt the annoying tap of their effort, but never the pain of them succeeding. Because unless they're GOD....it's impossible.