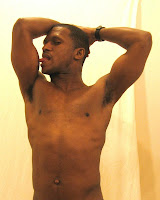 When I'm written about at MOC Blog, I am always referred to as "L’Enfant Terrible, Tré Xavier". Victor Hoff, the blog's author recently asked me if I was at all bothered by being referred to as such, which in case you didn't know, "L'Enfant Terrible" is French for "The Terrible Child". To be honest, it has been an occasional passing thought while reading his post in the past, but since he brought it up, I deicided to give it some thought. Victor and myself have become friends, so I realized that I could look at being called “L’Enfant Terrible” by him either one of 2 ways or both. Those ways being:
1) Considering my reputation for stirring things up by calling people out, and since those guilty parties probably do see me as a bad child as a way for them to avoid taking responsibility for their actions....in their eyes, I've earned being referred to as “L’Enfant Terrible”; and
2) I can also look at it as being called a "child" at my age of 39 while knowing that a great deal of what I say makes sense is a way of saying that with that much wisdom, I still give off a youthful energy. 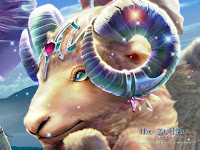 With such reasoning, my Aries nature of being an optimist is obviously at play here. And as it turns out, my conclusions coincide with Victor's intended meaning. So I take no offense whatsoever being referred to as “L’Enfant Terrible” by Victor. And I do take it as the compliment he intended. Thanks, Victor.
Posted by LeNair Xavier at 7:00 PM