Working on the blog posts "To Sam: Emails of Intervention" took an emotional toll on me by reliving it so soon after the fact. So last Thursday night, I needed more than ever to get out of the house, and be amongst people.

Thanks to the "wonderful" MTA, I didn't get to the East Village until after 2 A.M. My only desire for the evening was actually to be at a place with hot go-go boys to gawk at, and maybe cop a feel of to beat off to later. Sex with anyone, if you can believe it, was not my goal.

I went to The Urge first, but neither them nor the crowd's vibe was doing anything for me. So I went over to The Cock. I pretty much kept to myself. The small crowd wasn't doing much for me there, but I will admit, the go-go boys did make my imagination go places, so I had a chance to have my mission for the night accomplished. There was one go-go boy I never saw before with a mohawk, tattoos, and a nice juicy butt I would have loved to bury my face in just before getting on my back so he coud use all his muscles to pound me senseless. Between my playing coy with him (since he knew I wanted him) but at the same time not trying to draw unwanted attention from desperados, I never got to tip him or the other go-go boy. It was annoying me at the time, but for some reason I felt better things were about to happen.


I sat on a stool, and kept to myself. I was already getting unwanted glances from patrons so I kept my head down for the most part. I wasn't far from the door, so I knew whenever someone walked in, but I never looked at anyone dead-on. At one point, I saw 2 pairs of feet standing at a slight diagonal to me that I hadn't seen before. So I looked up to see who they were, and there were 2 cute guys.

If you want to label the sexiness of their skin color by flavor, you would say that one was vanilla and the other was caramel. In fact, to withhold their names, that's how I'll refer to them here - Vanilla and Caramel. Right away, they both bared slight resembalnces to people. Caramel reminded me of C, the Latino from the Jersey Boys that I used to fool around with, and Vanilla reminded me of a fit and slimmer version of model, Michael Fitt.
I got the vibe that they were a couple, but I wasn't sure. Vanilla looked over at me, and I tried to glance and not stare back. Instead, I buried my face back into my drink. My drink was my cover to  peek at people - a trick I'm sure many of you have and still use. Then I picked my eyes up for another peek, but this time, it was Caramel looking at me. I thought to myself, whether these 2 are a couple or friends with benefits (like the Swedes), I was about to get into some sexy fun.
What I didn't know was just how sexy the fun was going to get.
The glances went back and forth for awhile with me looking at each of them, and then I would see them talk to each other looking at me together. I knew with my shyness that I wasn't going to make a move. Instead, i let one of them do it. Then at long last, one of them did. 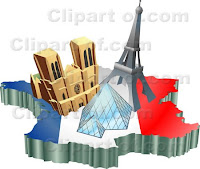 Caramel came over to me and introduced himself. Being totally dense when it comes to accents, all I could tell was that he was not Amercian. It turns out he was French. This immediately made me think of the Frenchman from "French Kiss, Big Bliss", and our recent sexy webcam session via Skype that I've been keeping the tale and pics of to myself.
Anyway, he then introduced Vanilla, who turned out to be as I originally suspected - his boyfriend. I shook both their hands, and the next thing I knew, I was kissing Caramel, then Caramel kissed Vanilla. I got off the bar stool, and then they came at me for a 3-way kiss. Then I kissed Vanilla. We went on like this for a good while kissing and feeling each other up. Which led me to feel what I already could see that they both had some nice asses, as practically every European I've ever had sex with does. And with my darker complexion, I guess you could call me "Fudge". So the 3 of us together made for one of my favorite Ben & Jerry's Ice Cream flavors - Vanilla Caramel Fudge. 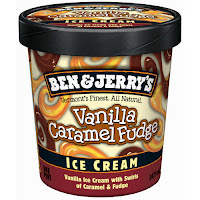 As much as I hate to remind people of the racism in NYC's gay community, it's fun for me to bring it up here. For I know I had to have many a racist ready to spontaneously combust with envy (especially when they just walk in) seeing me, one of the few Black men in the bar, in such a predicament. Because I'm sure while all these White guys who actually came there looking were secure with the thought that their white skin gave them the upper-hand on hooking up, there I was without even trying, proved them wrong by having not 1, but 2 hot guys kissing on me at the same time. I thought to myself what my friend Marc always says out of shock ---- HOLY FUCKIN' SHIT!!!!
They invited back to where they were staying, which was walking distance from the bar, and off we went. At one point, we stopped to get condoms. While Vanilla was inside the store, Caramel and I stood outside talking about how shy we both were. Now either Caramel was just talking, or I really put him at ease, because the next thing I knew, Caramel started making out with me. When Vanilla walked out of the store with condom in tow, we all smiled at each other, and proceeded walking. Later on in the walk, Vanilla just looked over at me, and got his "on-the-street" makeout session with me. Afterwards, we proceeded walking.

They then moved me to get fucked in my favorite position - missionary. Vanilla started fucking me even more intensely as he looked in my eyes, which is why I like missionary. Because whatever position the guy may be, if he wants sex void of ever looking in his partner's eyes, then he has intimacy issues that make him worthless of being even a casual fuck. Even in a 3-way, all players should desire looking in the other's eyes to see their joy of the sex, and that's what I got here.

While Vanilla fucked me missionary, Caramel came up behind him, and fucked Vanilla from behind. It didn't take long for Caramel to come. Vanilla and I stayed in position, and started jerking off. We kept finding ourselves on the edge of cumming, but neither of us exploded. So we went back to fucking. Back to missionary, then with me on my stomach. Vanilla fucked me so long and hard, he was making me show how much of a power-bottom I am, and lose myself to the point that instead of moaning "Yes! Yes", I turned French myself and started moaning "Oui! Oui!". Then when he knew he was nearing that point, he turned me over so he could spray me with his load.

I walked to the D train on Broadway-Lafayette thinking about how no drugs contributed to any of us having a good time. That's how Write That Down #17 came about, which I'm sure may have pissed off some past tricks who read that post.

During my walk, I also thought about how it felt as if Vanilla's eager cock was still in my ass. BUT in preparation for putting a smile on the face of the next guy I bottom for by maintaining my reputation of having a tight hole, I made sure to do my Kegels the whole time, and I'm doing them still....even while I've been typing this post.

Now, where's that mohawked go-go boy from The Cock, so he can do me on the bar? Because evidently, thanks to those 2 Frenchmen, the lust-bucket that I am has been resurrected .
Posted by LeNair Xavier at 7:11 AM