The Ugly Truth Of Racism Seen As Part Of OUR Scene?

After visiting the website OURsceneTV.com, I've come to see that it was just like so many other gay sites - highlighting the superficial, and being too little about addressing the mental and emotional bonds that should exist in bringing us closer together as a community, but don't. Because of this, on OURsceneTV's Facebook fan page, I posted this comment last Sunday:

If you really want to be about "OUR scene", then when are you going to start talking about issues that we need to correct with the gay community? Because we as a whole have no right to ask the goverrnment to treat us better when by ways of acts such as racism, the gay community is its own worst enemy. Put the strereotypical gay talk of fashion on the side for once, and deal with things of REAL DEPTH, because that is a MUCH NEEDED discussion for "OUR scene".

To my surprise, I got this response:

Hi Tre - OURsceneTV is committed to reporting and promoting discussion about the broad spectrum of LGBT issues that our community faces every day. While we often use our Facebook to sample pop culture, we strive for our homepage http://www.ourscenetv.com/ to be our soapbox. Take a look at http://www.ourscenetv.com/stonewall2.0 and we hope you'll find some of what you're looking for. And by all means - we always want to hear from our viewers which issues they want addressed - but we need your help! Thanks!

While I may have been surprised by a response, what didn't surprise me was how placating it was on the defensive attitude they presented in their closing. That led me to give this reply:

I would not have made the comment if I didn't want this issue addressed. Racism in the gay community is a major reason for why there is no togetherness in the battle for gay rights. I have brought this point up quite a few times on my blog. And you are not the 1st show or site that I have tried bringing this to the attention of. The problem is NO ONE SEEMS TO HAVE THE BALLS AND DEPTH OF CHARACTER TO TALK ABOUT IT. And it is this collective cowardice of media outlets that has caused my frustration.

Your Stonewall 2.0 section is well intended, but with sooooo many gay sites catering to the superficial, your homepage does no different with the Stonewall 2.0 being so small a section on your home page, it is too easy to miss. For those are the things we need to take pride in if we are to talk about gay pride. NOT fashion..NOT beauty...NOT the next hot vacation spot.

Now did I lie? How many gay media outlets do you know that tackle the issue of racism within the American gay community? Have you seen it on Logo, or in the Advocate, in Out Magazine, or on Q Talk? I haven't, and if I'm wrong, PLEASE show me proof of my being wrong. Also, if you look at their OURsceneTV's homepage, the Stonewall 2.0 that OURsceneTV speaks of is so far down on the page that you have to scroll down to see it, AND it's small. If they were really going to be about tackling things that matter in regards to what really makes gay pride, then even a mediocre web designer could have placed that Stonewall 2.0 in a place where it's visible when you initally log on to the website.

Look at this picture. 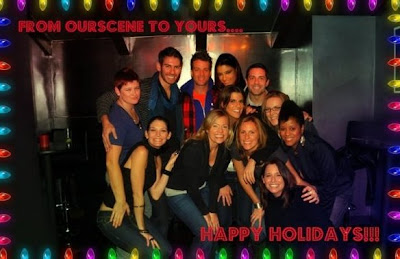 Sadly, with this many White Americans in one room, you will get one who is as racially sensitive as Victor Hoff of MOC Blog, while the rest will hear my plight, say they understand, then sweep it under the rug so they can go back catering to the superficiality that brings them their popularity, instead of giving depth of humanity a real try as a source of popularity.

This sweeping under the rug of the issue of racism by so many gay media outlets has me on the verge of saying what I'm sure many non-White and racially sensitive White gays' actions are saying at this point, and justifiably so....

"Fuck your hypocritical, racial insensitivity and your Marriage Equality Rallies! 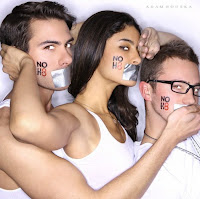 AND fuck your hypocritcal, racial insensitivity and your NOH8 campaigns!

Because you have a some nerve talking about "No Hate" when you never show love for your fellow man of another color by sweeping the issue of racism under the rug when  it is what most likely weakens your strength in numbers."

I don't won't to be one of those people, but ignoring this issue is getting me there fast.

With all that said, I close with this message to OURsceneTV and other gay media outlets: 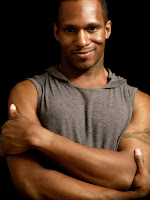 Until I see a change in media outlets where this issue is addressed, don't look for me to stand beside you. And I'm sure many other non-Whites and racially sensitive Whites will agree. Take this time to take a good look at yourself, and realize that if I can have this much passion in my words because you have made yourself my enemy by letting superficial matters dominate your coverage, IMAGINE how well that passion will serve you when you do right by addressing more humane matters like combating racism so we can cure the American gay community of it. For such passion will serve you better by making myself, and the many others with passion like mine....your allies.