Stronger, Harder, Give Me More!/Violet Tendencies


It is for this reason that I am glad to say that I do have upcoming acting projects coming my way. For one there is "Stronger, Harder, Give Me More!" which will put me once again under the direction of Marc Briatack, and following a script written by James Sexton, the same pair who were behind "Fu Manchu's Weapon Of Evil". I'm looking quite forward to that because while I had no lines in "Fu Manchu's Weapon Of Evil", in "Stronger, Harder, Give Me More!", I'll be a bit of a flamboyant smart-ass. As my loyal readers already know from reading this blog, being a smart-ass won't take much acting, but being flamboyant however, will. 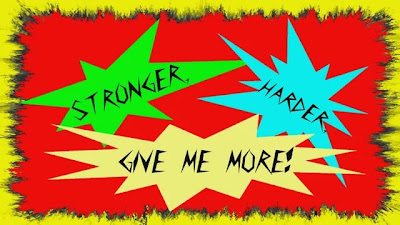 In the meantime, I'd like to talk about my stint as an extra in the upcoming film by Casper Andreas, "Violet Tendencies".  I was there all day. It was daylight when we started shooting, and late in the night by the time I was done. I was there so long because I was opening myself up to every possibility to be seen. In fact, I was the shirtless bartender in one scene. I have yet to see the finished product, so I have no idea how much more beyond the little glimpse you see of me in the trailer is  in the actual movie. 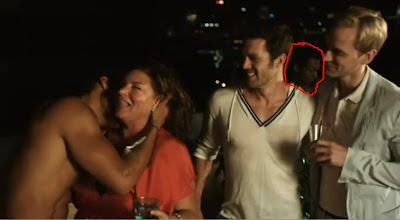 One thing that I know will make many of you jealous is to know that the benefit to playing the shirtless bartender, and what was helping to keep me warm as the night air was getting quite cool was the great view I had of Marcus Patrick's backside while dancing on a go-go box for the scene.
After so many times of being an extra in the past before and during my porn days, I thing I do remember is that the best way to be seen is by being near the stars of the movie. And I did have that luxury by being near Mindy Cohn, Jesse Archer, and Casper Andreas at some point, so look for me.

Now , if the lines I heard at the shoot combined with the funny ones in the trailer is any indication of how good this movie turned out being, then we're all in for a good time.

So as both of these films help to continue my post-porn travels, I must say that the road ahead is looking better all the time.
Posted by LeNair Xavier at 12:19 AM