Deeper Than I Thought 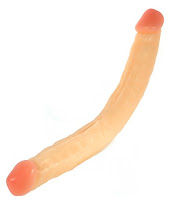 The reason this surprised me is because when asked what the longest dick I've ever been fucked by, I've always said about 11", and I always figured that was my limit. Well, what a surprise! I'm deeper than I thought.
HOWEVER, that does not mean I have any intention of putting it to the test on a regular basis. After all, I still has a reputation to uphold for having a tight hole that is a doorway to a warm embracing inside.
Posted by LeNair Xavier at 3:40 PM