NYC Gay Parties...Over- and Under-

As I've tried to overcome my indecisiveness about going to The Black Party, I finally came to a decision....

...I am NOT going to The Black Party. 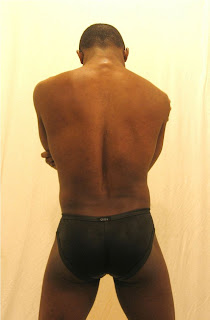 My decision came to me while talking my friend Anthony's ear off (again) about my indecisiveness. Then he mentioned how a lot of people he talked to weren't going. While the main reason for their stand was not the same as the racial issue I addressed in "Rites XXXI: Right Choices For Me?", the reasons they mentioned was one I was also considering ----the price.

I mean what are YOU getting for all that money? You still have to pay for drinks. You still have to pay for clothes check. You're still getting sex which you can get at a sex party that has open-bar and $1 clothes check that you pay anywhere from $20 - $40 for (which is where I'll be going). So in short, to answer my own question, what you're getting more is....NOT A GODDAMN THING. In fact, you're getting less.

In that conversation with my friend Anthony, we also realized that New York City overcharges for many of its parties in gay nightlife. So everyone ends up being overcharged, if you're not a racist pig, you will find the parties over-light, therefore you'll find people of a darker complexion or certain ethnicty to have the beauty of who they are under-appreciated.

If you are going to The Black Party, be safe, have fun, and keep what I've say here in your head so that you make a better decison in the future.

And if you're one of the NYC gay nightlife promoters (be it The Black Party or any other gay party), then take heed of what I'm saying here, so I don't have to be this brutally honest again. Because you may think I enjoy calling you people out on your greed and racism, but the truth is that I want us to love and mix each others' cultures and colors in all that we do, so I don't enjoy this. So until you catch up to the high level of thinking as those who share my desire for togetherness, I must take this stand.

If I decided to go to The Black Party, I would only be going to see if my suspicions of "overcharged, over-light performers, and under-appreciated races" were correct, and I don't feel confirming myself as being correct is worth $95 -$150 out of my pocket. So after taking all these things into account, I feel a great deal of solace with my decision to not go. My decision makes me no longer have to worry about whether or not I'm being a hypocrite and betraying my stand against the racism of NYC gay party promoters. So once my decision was made, I realized I wasn't.

For the serenity I now feel over my decision, this is not an angry post. I am doing what I have always done with my blog - not call it like I see, but call it like it is.
Posted by LeNair Xavier at 11:39 AM

Email ThisBlogThis!Share to TwitterShare to FacebookShare to Pinterest
Labels: Gotta Kick Myself, On Racist Blast, Typical American Gay Male - His Own Worst Enemy