On Gay Marriage...Why So Long A Silence

In my recent post, "Faggy Bitch", I said that I would address the issue as to why I do not take part in rallies for same-sex marriage. And today is the day that I make good on my word.

My post, "Write That Down #2", was the start of the explanation for my reason why I don't take part in rallies. It is short enough that I can re-post it here in its entirety and continue with my explanation from there.

In a recent online debate with Taylor Siluwé on his blog about small turnouts amongst gay Blacks at rallies, marches, and the like, I referred to how for a cause led by Whites who don't usually associate with non-Whites, that while trying to reach their goal, those Whites wlll acknowledge all races, colors, creeds, ethnicities, etc. encouraging them to take part, but once that goal is accomplished, those minorities are once again ignored. I said that the small turnout of many minorities at rallies, marches, and such led by Whites may be explained by them catching on to this two-faced behavior. And I believe if you translate that reaction into words, it would probably say,


"Why let you acknowledge the existence of my color today, when you're going to act like it's a stain to wash away tomorrow?"

Those sentiments of mine have not changed. And from what I see of the gay community here in New York, my feet are only going to get more firmly planted into the ground on that stand. The reason I do not take part in gay marriage rallies is because I do not like to stand side-by-side with so many hypocrites. You know they say "one bad apple doesn't spoil the whole bunch". The problem is that in the American gay community, there seems to be too many hypocritical, two-faced bad apples for me to follow that motto. With that many bad apples as so-called "allies", let's say we accomplish the goal of marriage equality together, but afterwards, I still won't feel the safety of a brotherhood, because of the racism and ageism that is worst in the gay community than it is in the straight community.

Such as how I noticed that while many were mentioning on Facebook and Twitter about becoming part of the Equality March in Washington D.C., and how we all need to "get on the bus", I noticed that many of those people were either promoters in NYC's gay nightlife who seldom hire Blacks as go-go boys or staff (but stand a better chance to be hired if they do drag), or patrons who I see often in my outings, but never socialize with a Black man (not even so much as on a friendly level), or dismissing a man in his early 30's while they are in they're in their mid to late 20's. Yet they try saying that we all need to be in this together. NOW IS THAT FUCK-FACED HYPOCRISY, OR WHAT?! You have no desire to have me in the same workplace or any space for that matter except as a joke, but because you have this goal you want to accomplish, NOW I'm suddenly your brother. Anyone who is any where near as self-assured as I am knows that once that goal of Marriage Equality is accomplished, they will have no idea of who I or any other Black and/or older man is. You'll be another Black and/or older person who because of your being Black and/or older is seen as too ugly for the job, too ugly to socialize with, and too ugly to get to know the intellect of.


This brand of racism and ageism seems to be infesting the entire American gay community. And I feel that if we are to show that we deserve equal rights, then we can't be worse than our oppressors like we are now ----WE HAVE TO BE BETTER THAN THEY ARE. We as a whole must stop being so racist that interracial dating happens less in the American gay community than in the straight community. We as a whole must stop acting like the age of 30 is over the hill, while the straight community acts like it's 40. In this case, both communities are wrong for their practices of ageism, but when it comes to who should be damned first and worse for the act of ageism - unfortunately, the American gay community has earned that ugly honor. 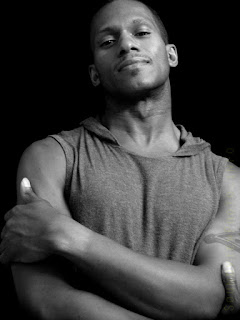 This is why I don't take part in rallies. Because this negativity would be tolerable if it was just a few bad apples, but it's not just a few bad apples. It's acres of bad apple trees. So while I believe in the fight, I will not throw my voice in to be amongst the hypocritical masses I've come to know. When I see this is corrected by way of the social scene, and gay media, THEN I will be in the sea of people taking my stand at a rally.

However, until then, I will show my voice by way of my writing like I have always done here - on my own. Inviting anyone who shares my hopes AND is void of hypocrisy to stand with me.

Posted by LeNair Xavier at 5:10 AM