The Hulk In Us All 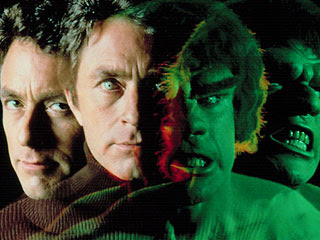 The Marvel Comics character, The Incredible Hulk, is so immensely popular for one very simple reason. It's because that creature is in every single one of us. No matter what gender, color, nationality, ethnicity, or even religion, there lies within you that part of you that if pushed, you can lose control, and do things, unseemly of your normal character.

What triggers going to that extreme is different for every person, but it is there nonetheless. It could be a romantic relationship ending after all you've done right, hence how crimes of passion come to be. It could also be having enough of tolerating a verbally abusive boyfriend, girlfriend, husband, wife, peers, colleagues, or superiority figure(s) at your job. Whatever the case may be, it is a part of us that many of us don't want to admit to having. That's why when you hear news stories of people who have gone off the deep end by going on a killing spree, so many people brush them off as being unstable. They're using that other person's loss of control as a way to hide the fact that they have the potential to lose it as well.

The feeling of having enough by no means excuses heinous actions, I just have a brand of a human understanding as to how it gets there for some, and mature enough to acknowledge that I have a breaking point as well. For we are human, so we all have a breaking point whether we want to admit to it, or not.


I have already showed signs of my breaking point if you recall, in "Sex, Then Violence Resurrection, Part 1", and realized what brought me to that point in Part 2. I remember deliberating with myself on how to attack him - with a slap, or a punch for calling me a "ghetto nigger". I went with the slap because to punch him would have ignited such a massive release of over 2 decades of surpressed anger, and that scared me about myself, for that means had I punched him----

---- I would not have stopped until there was nothing left to beat.

The bottom line of this post is to say that while an Incredible Hulk is within us all, we must find a way to keep that nasty inner-creature from surfacing in a physically violent fashion unless absolutely necessary, such as a time when you and/or your loved ones are in immediate danger. I, like many artists, use my creativity to keep it underwraps by venting those dark emotions through various art forms. That's why I wrote "Sex, Then Violence Resurrection". It was a mental note to myself to keep that ugly monster under control, and let no one's verbal ignorance be so great that it makes that monster surface beyond that point ever again. I feel that if more people used some kind of outlet, we wouldn't be hearing many of the horrid news sotries of people losing control that we've been hearing as of late. We need to stop teaching ourselves and our children repression of emotions, and start telling ourselves and our children to express them instead. And tell them that if public displays have too much at stake, then express it privately with dignity and sanity. Either way, it must be released, for bottling it up eats at the soul. Which may very well explain the extreme aging Americans are known for. 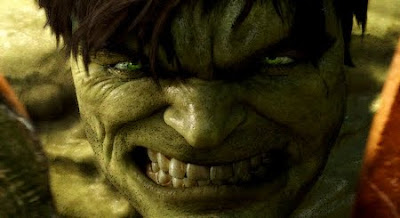 Do you have a way to keep your Hulk within under control? I pray that you do. And if you don't, even though a new year is coming upon us, don't wait until that new year to make a resoultion - FIND A WAY TODAY.
Posted by LeNair Xavier at 8:01 AM