It has come to my attention that I may have a good number of female readers. Sadly, it may seem strange to some gay men that catering to my female readers as well is now such a big concern of mine. What gave birth to this was because when a woman commented on my blog recently, she seemed worried about my being offended by her being a reader. I felt she should have no need to have such a concern, and any gay/bi male who makes a woman feel that way is a malevolent dipshit.

HOWEVER this past month, 3 more women have come forward. (1) a comment last month on my post about my DP candidates, while (2) & (3) were discoverd from an online chat with one of my female Facebook friends who told me that she AND her friend are fans of my blog. That's why I said in a recent Facebook update, "....Maybe if there's 4, there's more." 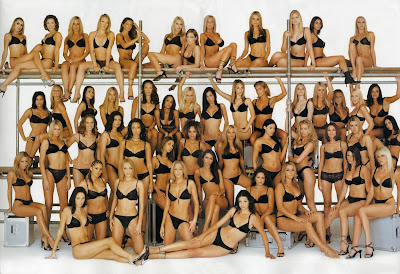 This now makes me wonder that if this total of 5 women who have come forward about reading my blog, then how many more women are out there reading my blog, yet my writing isn't catering to. Therefore, ignoring how these women as contributors to whatever notoriety my blog may have. Shame on me!!!!

While the majority of the time I talk about what guys I'm into and what I have or would like to do with them, Some gay men may also wonder why do I have female readers. That is a question that's easy to answer. For the same way that there are straight men turned on by lesbian sex, it's not far a stretch to believe that some straight women can be turned on by gay male sex. Possibly even more so in literary form, as women are more mentally stimulated, while men are more visually stimulated.

New readers may not be aware that (1)I'm a predominately gay bisexual, and (2)I am by no means foolish enough to be a hetero-phobe. Now, for those that can't handle my bisexuality, at least I'm not a gay-for-pay bitch in denial claiming I'm 100% straight when the proof is right in front of you of how I'm not. In other words, you should appreciate my honesty instead of condemning it. And for you hetero-phobes, you should appreciate heterosexuality as it is the sexual orientation that brought you into existence, therefore scoffing at it makes you a damn fool, because you're living a life of denial like a gay-for-pay porn actor. I brought up these facts about myself to show what may contribute to my appreciation of my female fanbase. 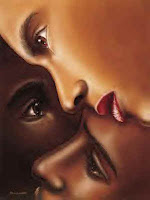 The abilities that nature has given women makes them a great addition to my fanbase, such as a woman's way of reasoning, her craving to communicate and exchange knowledge, not to mention the ability to bear children, an ability that many gay men probably envy, while I live in awe of it.

So to my female readers, I hope this post helps you to forgive my oversight as it explains why I honor you as well, and give you a great BIG THANKS for your continued support.
Posted by LeNair Xavier at 12:52 PM