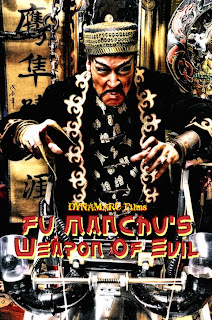 In various blog posts, I have mentioned being part of a "Fu Manchu" movie. Well, the movie is finally coming to fruition where you can see that I was not all talk, as the 9-part webisode movie, "FU MANCHU'S WEAPON OF EVIL" debuts on YouTube on November 9th.

Before involving myself with this project, I didn't know much about the character of "Fu Manchu". I heard the name, but knew no details about this character. So I went to a modern day reliable source, Wikipedia and found plenty. 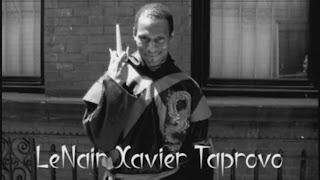 In honor of the cast and crew, the director, Marc Briatack, made a blog post showing his appreciation for all of our hard work and dedication to this project. This is what he had to say about me:


What can I say about our main Dacoit (basically a ninja), LeNair Xavier Taprovo? LeNair is a friend, and since we had no budget on this film, I nervously tapped my friends to help out. He could have said "no." Instead, he showed up every day we needed a disguised servant of Fu Manchu to either attack someone or get "beaten up" or "disintegrated." He has no lines in the film, but provides us with a necessary presence through out most of it. The guy is aces, and a real professional talent that I hope to showcase in another production, and has my eternal gratitude! 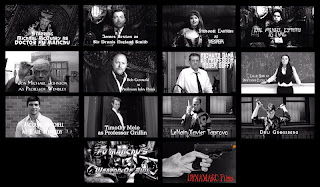 I was quite flattered to read this, and glad to see someone take notice of how much of myself I put into a creative undertaking, even when it's not of my own creation. The same quality of putting so much of themselves into a project can be said for the cast members that I met. I would name names (as I've become known to do here), but in this case, there are cast members who I haven't had the pleasure of meeting, and I don't want to deny them the praise they deserve for being a part of this as well. So I'll leave that duty up to Marc's blog post, and will hopefully meet them all at the upcoming screening party.

FU MANCHU'S WEAPON OF EVIL debuts on YouTube on the director, Marc Briatack's channel starting November 9th, with a new webisode debuting over the next 8 Mondays to follow.

I hope you enjoy watching it as much as, if not more so than I enjoyed being a part of it.

Posted by LeNair Xavier at 4:01 AM